Of course! It's quite interesting when you read what kits are bashed for making models for movies, and also what developers & special effects guys slip into games & movies!

For example; I think we all know the Millenium Falcon joins the attack on the Borg in Star Trek First Contact?
- R2-D2 appears in Star trek (reboot) (ILM did the effects for both movies)
- Also in the 1999 game Homeworld the lifeboat from Alien appears in the debris during one of the cut scenes

Indeed! When I'm getting to do the Mothership from Close Encounters (yes, it is on my list ) I'll try to incorporate R2 as well. There are so many fantastic examples, like the Millennium Falcon in "Blade Runner", the Serenity in "New BSG", the Colonial Defender in "Serenity", the Cylon Sword in "Lost in Space" (which actually makes it a "Lost in Space" prop re-used in "TOS BSG"!). Not to mention the guys behind the camera (Andy Probert, John Dykstra, Richard Edlund, Carlo Rambaldi etc.). And if it comes to all the greeblies, you might think there was one company that delivered a zillion different universes.
Reactions: Cybergrinder

Very true, those names are so familiar from watching movies with ILM effects! I think they set the standard back in '77, no one else has really come close until the CG age.

I honestly missed the MF in Blade Runner! (watched it quite recently as well, D'oh!) Rather obvious now that I googled it...

Those are awesome graphics! I love to see stuff like this because they are the kind of details I obsess over. Nice job @Revell-Fan
Reactions: b0bman

You are welcome!
M

Love the viewscreens! I plan to print the bridge viewscreen on the backside of a 8 mm acrylic plate as a background for my Moebius Models Battlestar Galactica model!
Reactions: Revell-Fan

@Marco Scheloske : GREAT IDEA!!! I thought it would be of some use in a diorama..!

Please post a pic (or two) when it is done.
M

Yes, I will! And I am already thinking about a larger version. REALLY large... we can print directly onto Acryl up to a size of 150 x 350 cm... would be a Uebercool deco element for my hobbyroom...

I finally printed the star map onto acryl (5 mm thick) and placed it behind my Battlestar model. Looks very cool, IMHO!

That is a BEAUTIFUL way to display the Galactica!!!

This is awesome! And a GREAT idea! Thank you for posting, Marco!

like the quote, it is one of the best sci-fi movies ever!

BTW, just in case someone has missed it: A new Colonial Warrior Helmet is on the way:

hello,
i am new here to this site, i am a fan of the Galactica show, i like the threads with the paper props from the show has anyone done a paper form of the viper helmet or adama's seal of kobol.

Thanks Revel, Joseph has posted his intro.

Marco, Beautiful model, and display. You may want to consider a Lexan box to cover and protect it though, in the long term.

Oopsie, I just found the Bookshelf Obelisks from Adama's quarters. These were supposed to be released together with the star maps but I forgot to re-scale the big version so that it holds regular (letter-size / A4) books in place. Well then, I used my lunch break to print and assemble the parts. This is the result: 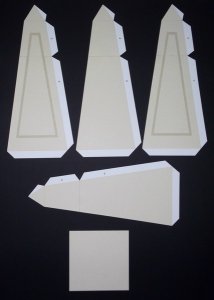 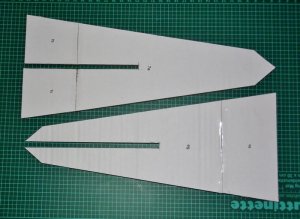 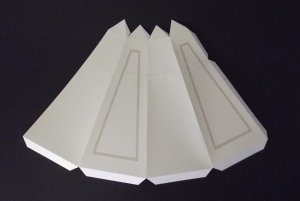 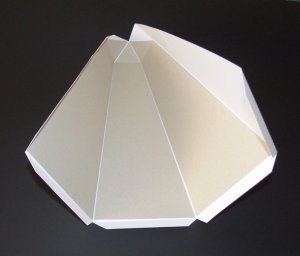 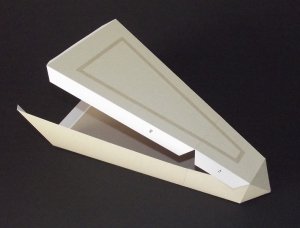 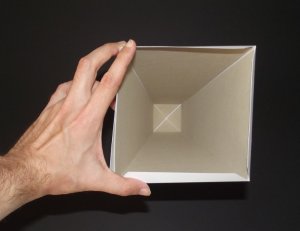 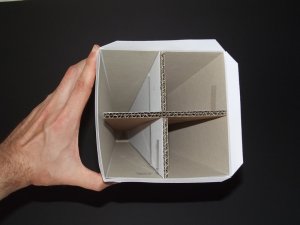 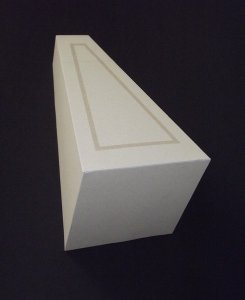 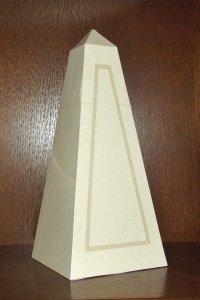