1.2.3. blocks are great for calibrating your precision instruments.
Reactions: Sudsy

dr_tetrode said:
Looks like you are having fun! I am surprised at the length difference that the 4% makes. Just a little bit easier to work with, being bigger.
Click to expand...

Moving on to the treads. Knowing there are options for skirt and slat armor, I am experimenting with 3mm magnets to attach/detach them better. 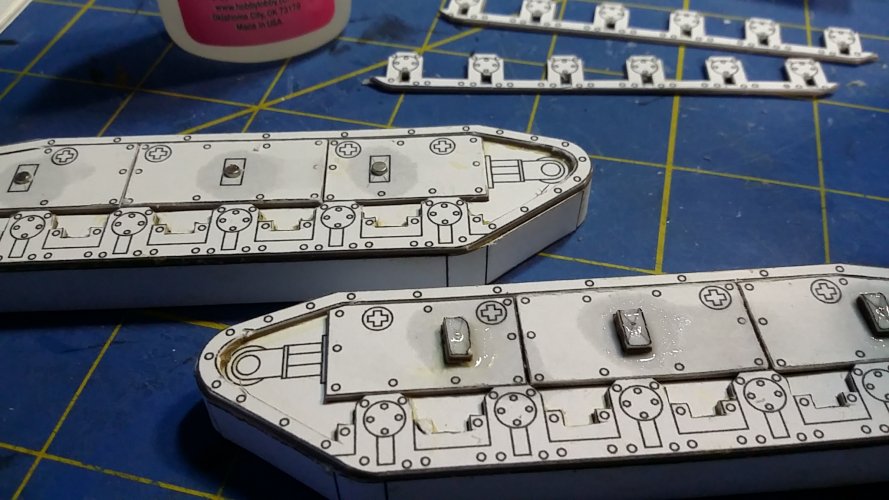 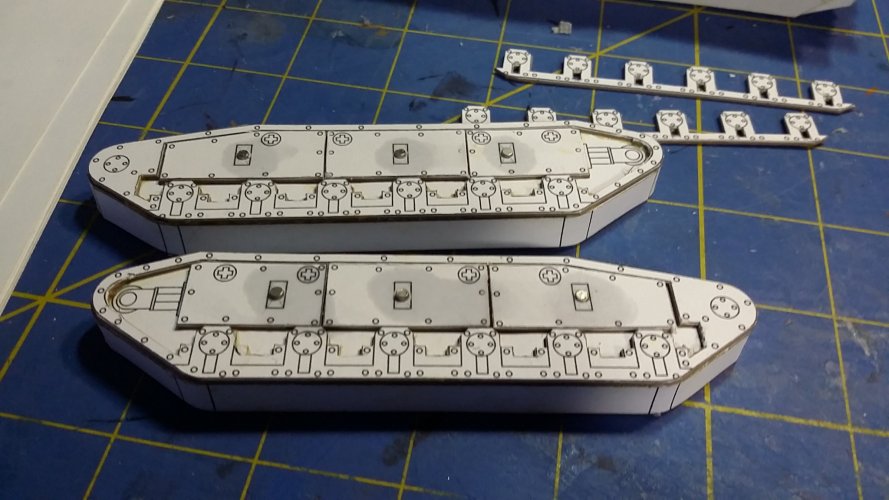 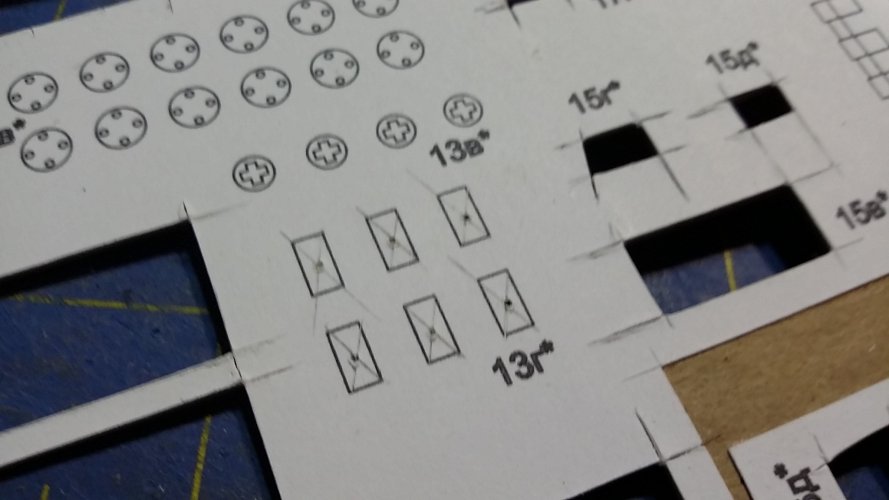 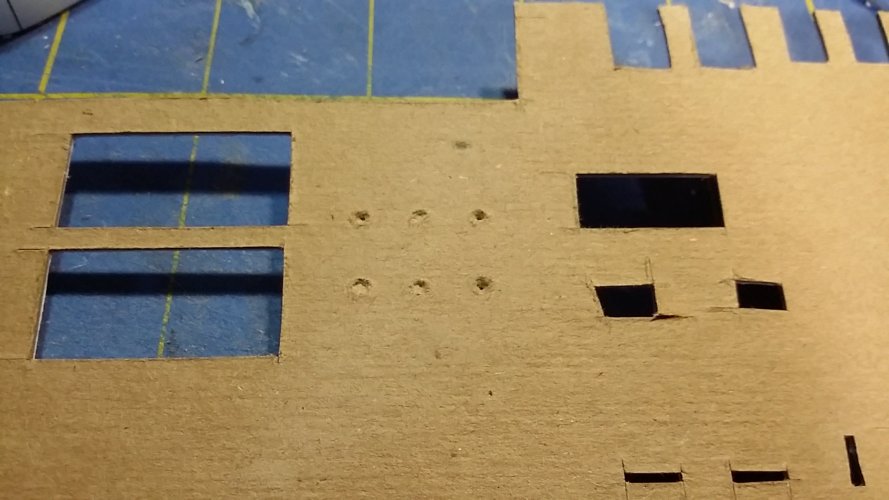 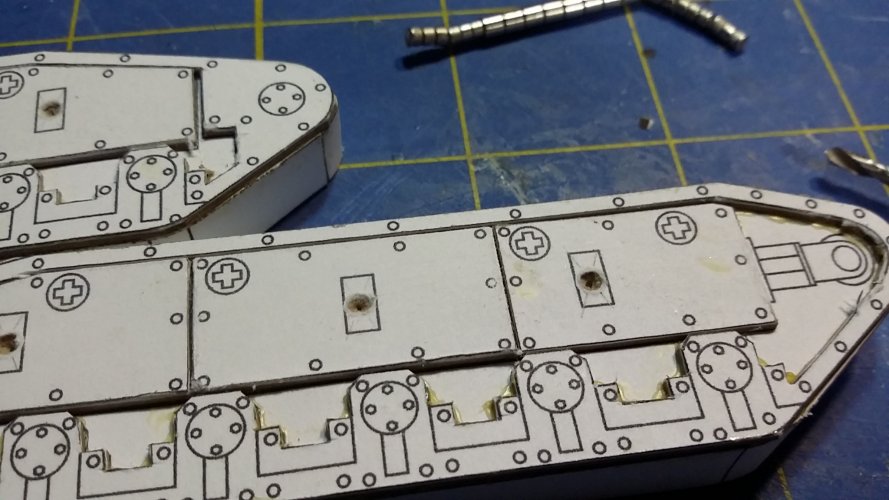 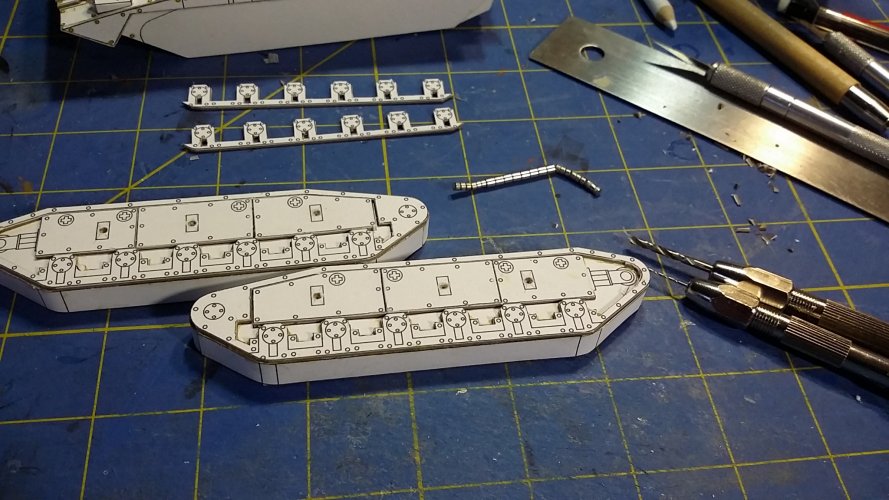 Hopefully the pictures convey the drilling I am attempting. They probably don't convey some of the frustrations Iexperienced getting the magnets in place though! It was, interesting. I'm glad I reinforced the interior of the structure like I normally do!
Reactions: Revell-Fan, zathros, mijob and 2 others

Still working on this! Treads are complete, the turret is started! 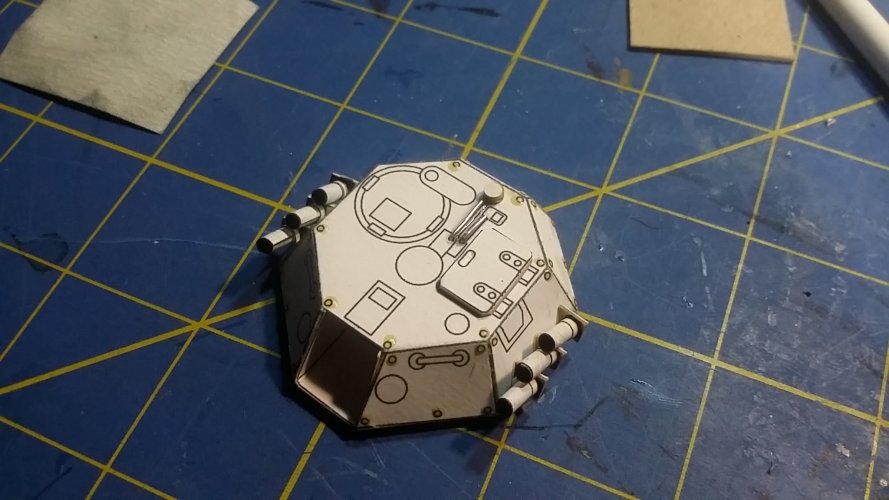 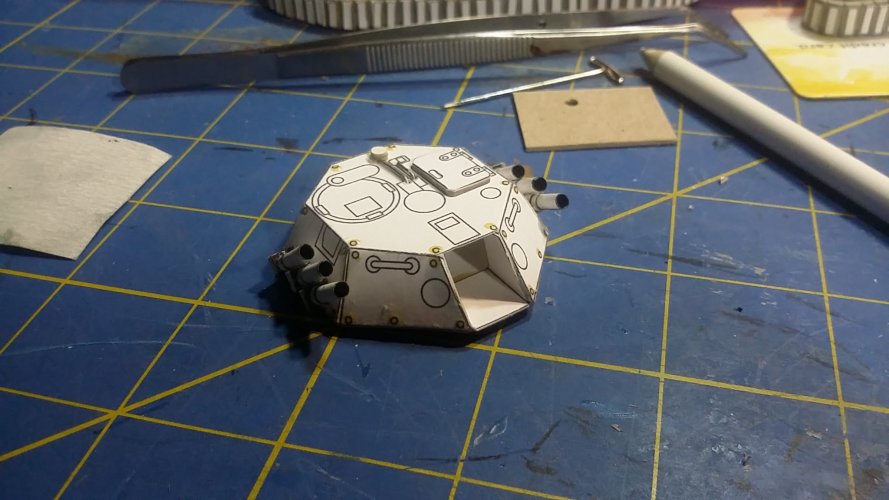 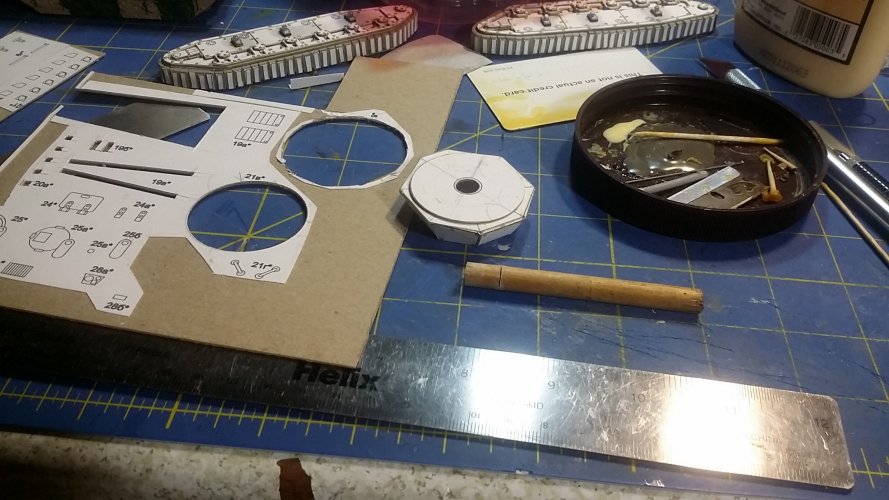 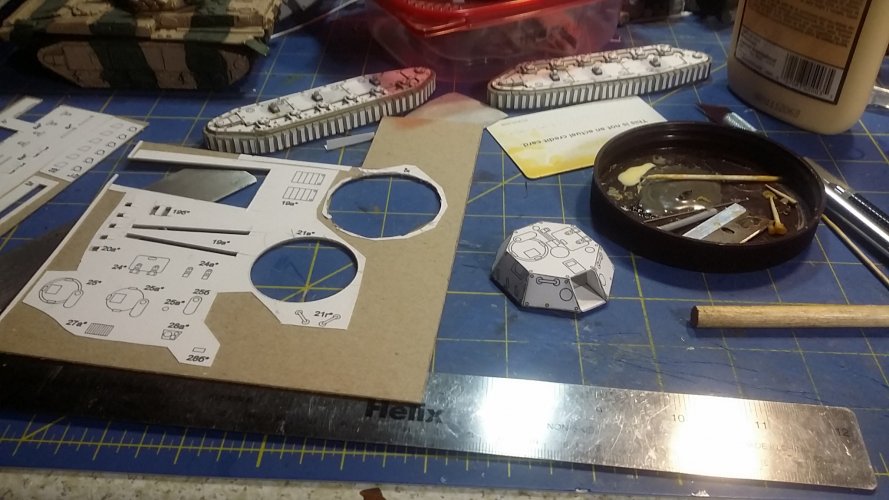 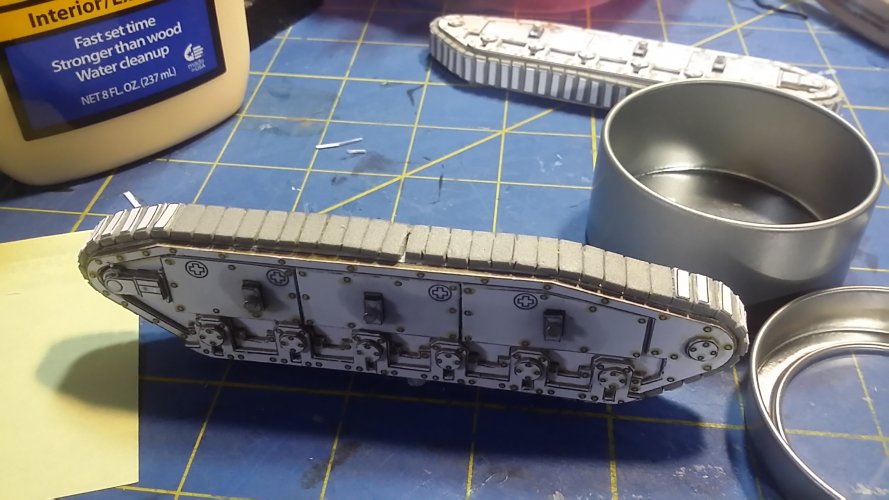 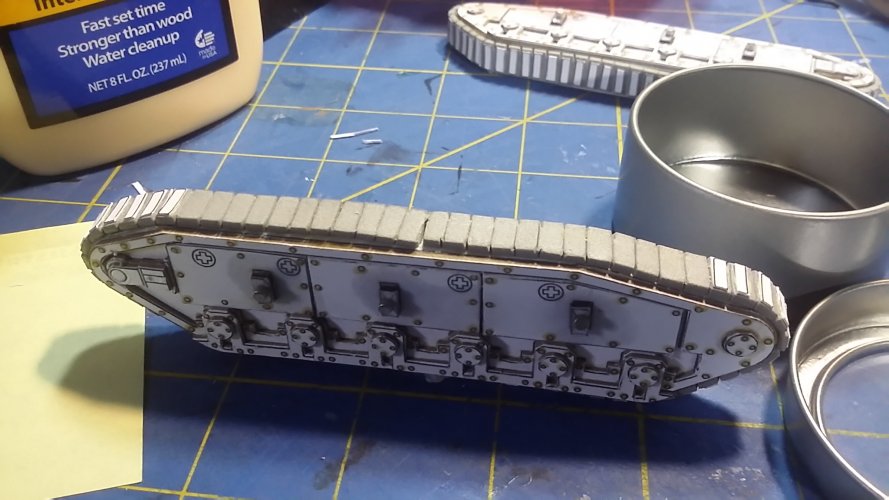 Divine bovine (or holy cow)! I am nearly done! on to the skirt armor I have planned to magnetize... 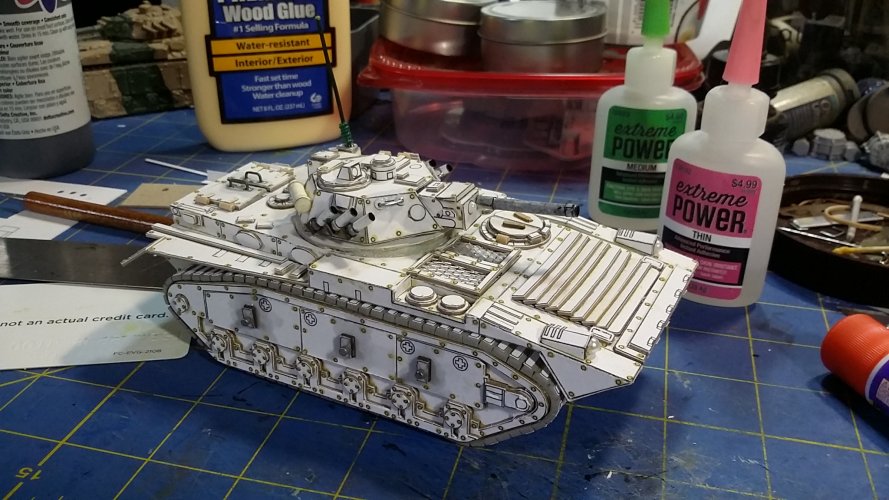 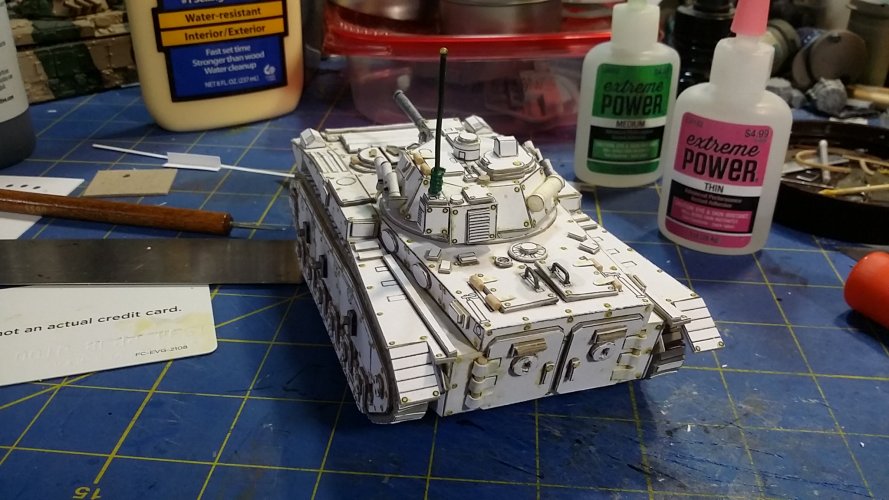 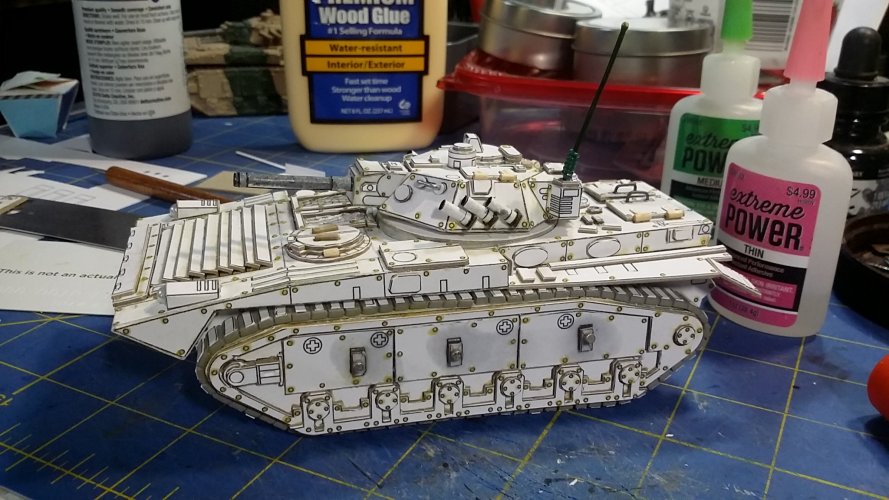 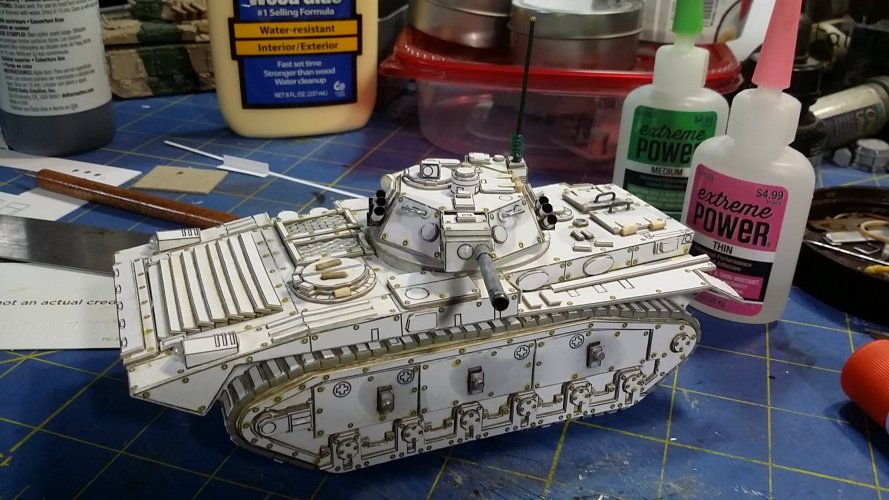 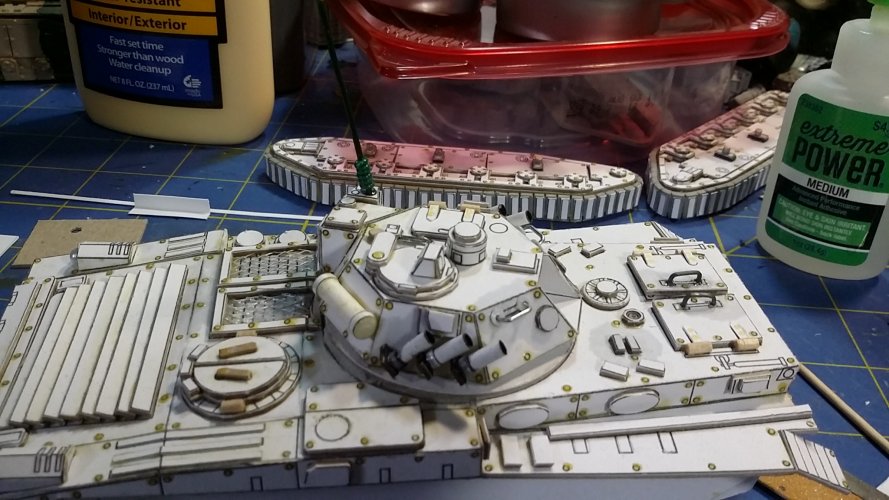 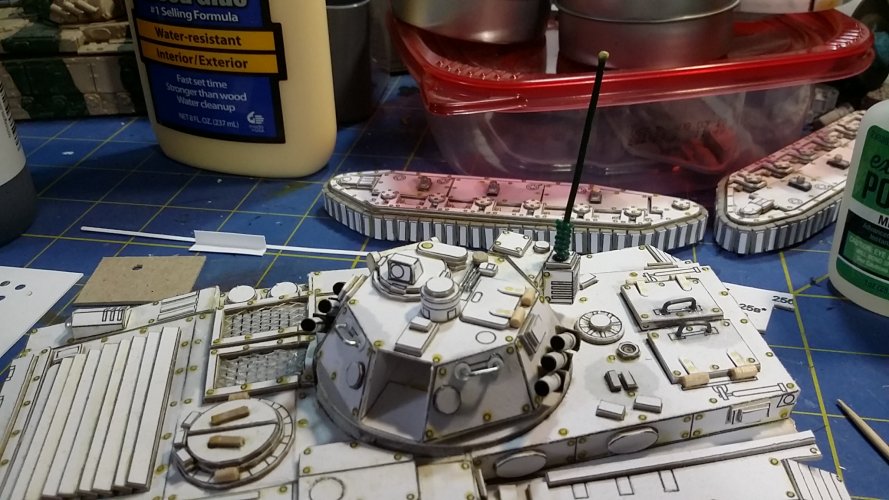 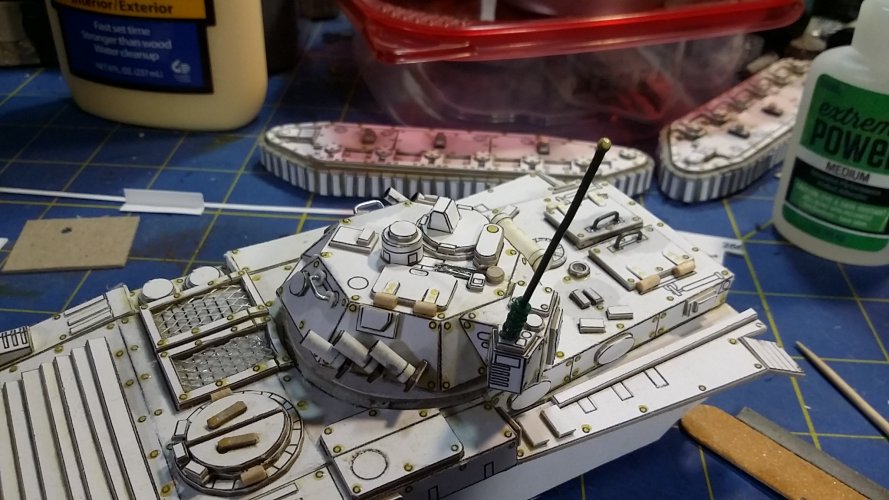 That looks AMAZING! It is coming together beautifully!!!
Reactions: Sudsy

Have you considered making real word tanks. You would put out some real beauties, I'm sure.
Reactions: Sudsy and Revell-Fan

I love the details that you are putting in your models. Great job this far. 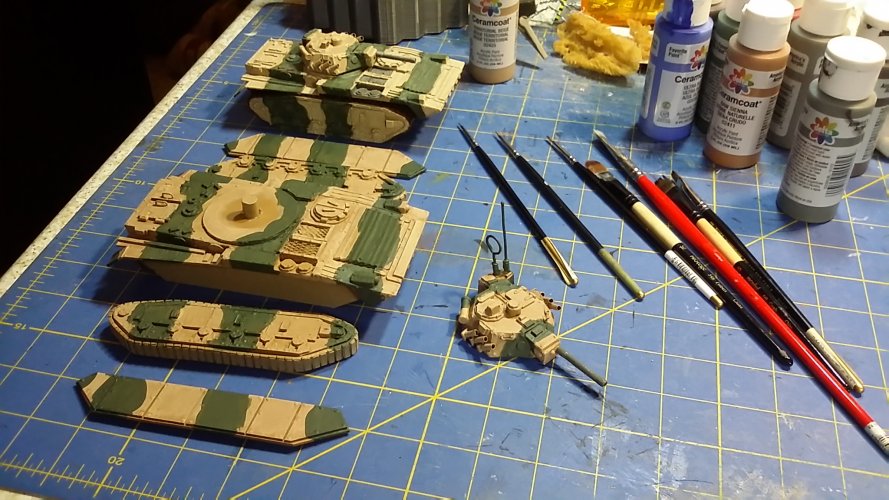 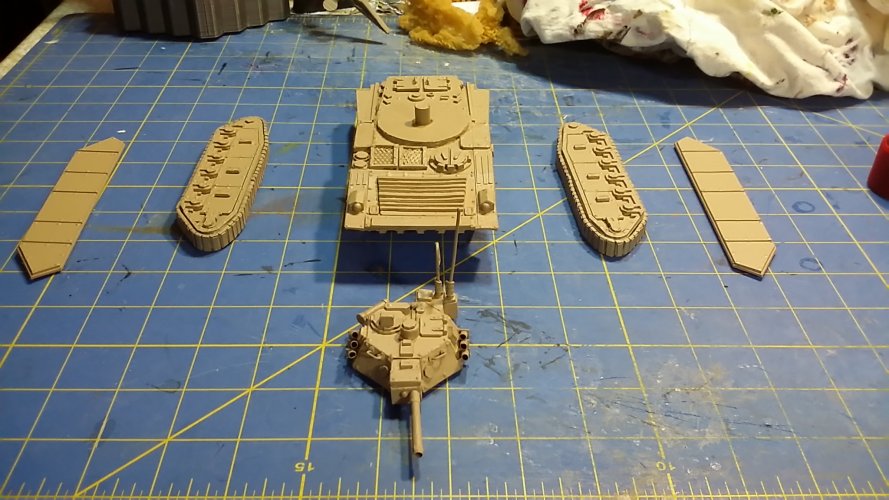 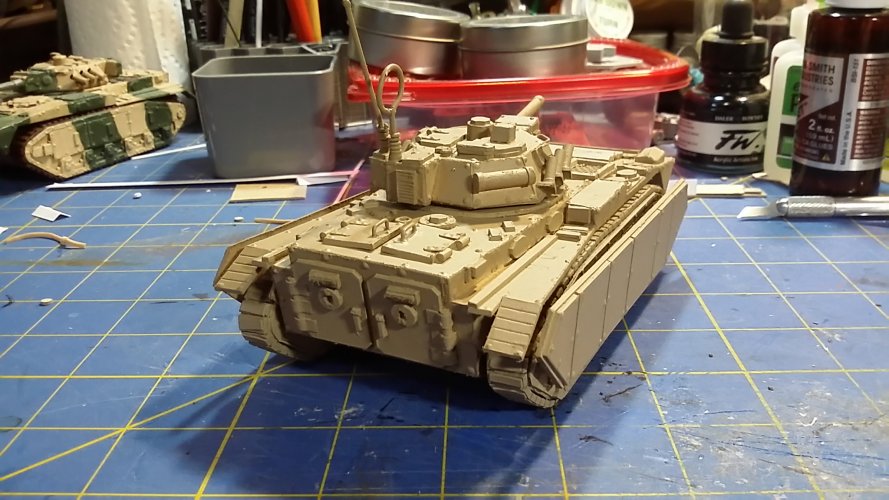 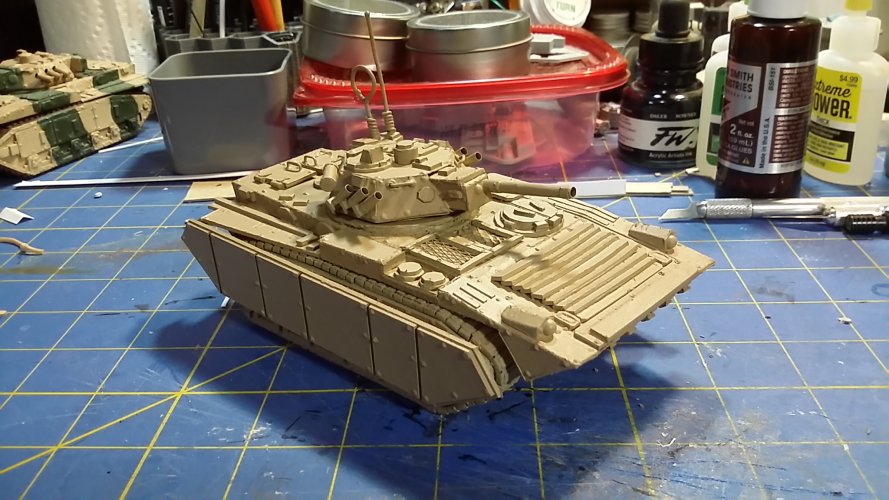 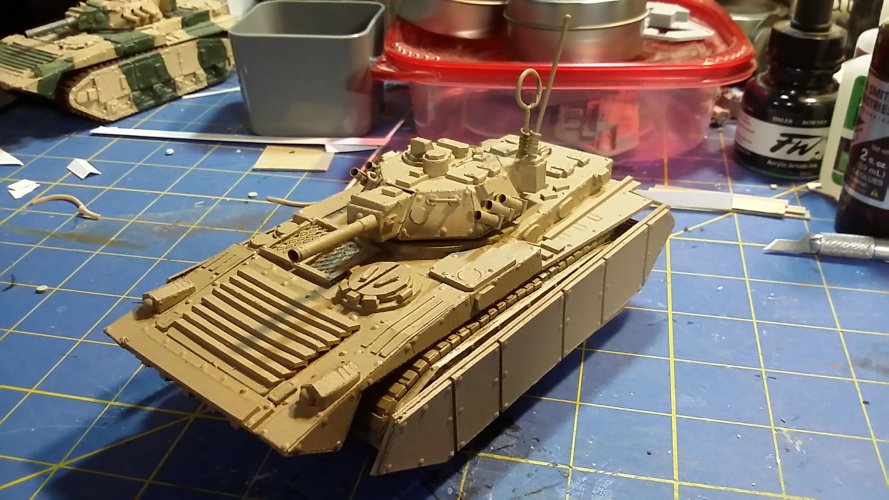 zathros said:
Have you considered making real word tanks. You would put out some real beauties, I'm sure.
Click to expand...

Talk about another hobby that would consume every paycheck and spare moment!
Reactions: Revell-Fan and zathros

Almost done... With BMP 'counts as Chimera' #4, the command vehicle!

Special decals. Very special, given the origin of the design... 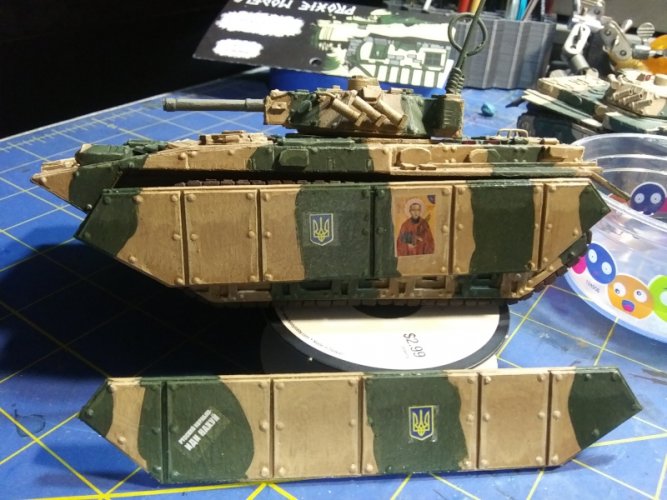 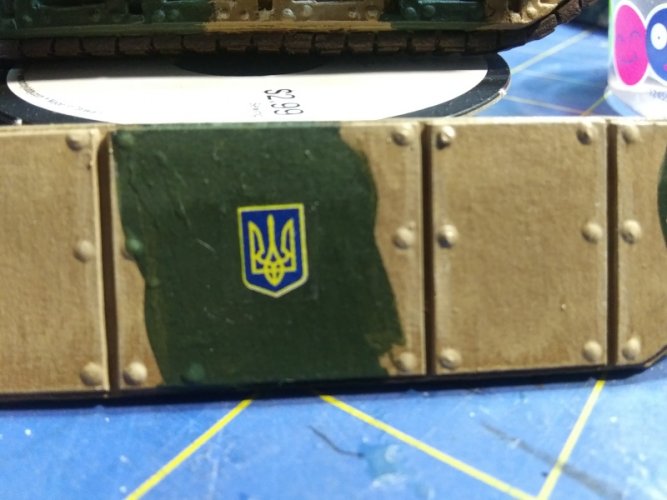 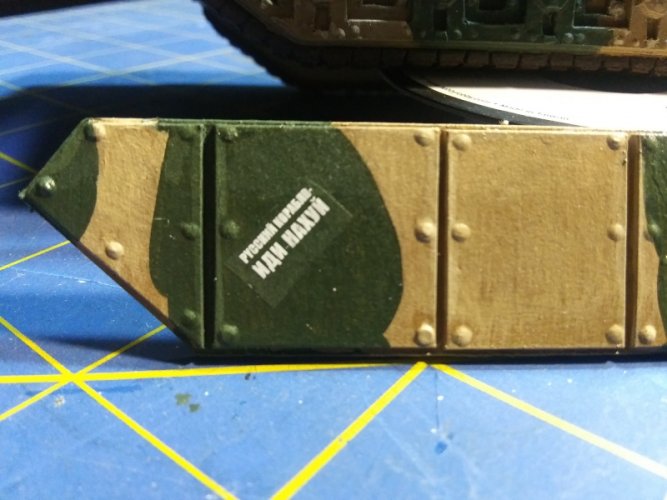 So, with a coat of Krylon Crystal Clear (gloss), waterslide decals do work on paper models... Coated with some Rustoleum Matte finish a few hours later. 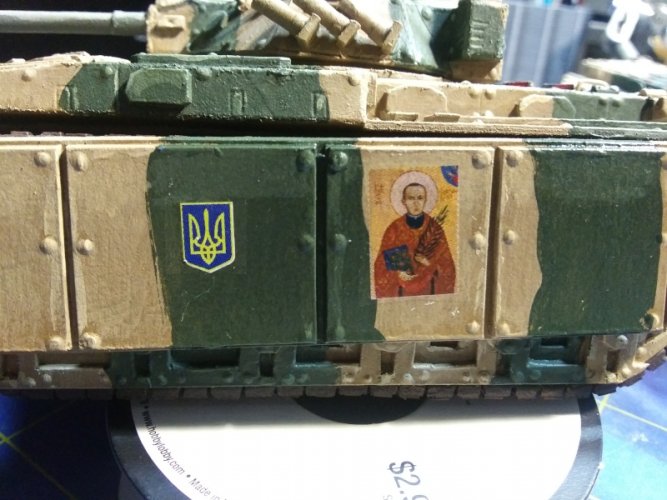 Decals are from Fallout Hobbies in the USA.

Of special note:
"Saint Emilian Kovch was a Ukrainian man, a husband, father, and Greek Catholic priest. (Though the Greek Catholic Church is in union with Rome, it has some different disciplines; married men in this rite may be ordained priests.) He dedicated his life to helping Jewish people during World War II. Having stared down a mob of Nazis, Kovch ran inside a burning synagogue to save the people inside. To save as many Jewish people from the death camps as he could, Kovch began baptizing them. Despite growing pressure from the occupying force and the dangers he incurred by a letter he wrote to Adolf Hitler denouncing his fascist policies, Kovch survived a year and a half before his arrest in 1942. He served people of all faiths in the concentration camp, celebrating Mass, hearing confessions, and providing counsel and compassion until his death in 1944."

Yes, I'm aware of what the Cyrillic text says... Having been in combat myself, yeah, this happens more than most realize. Pius irreverence abounds... Dark gallows humor and devout faith mix when faced with death day to day. Such is the nature of human conflict in war. I empathize with the men and women sent to fight on both sides of any conflict at this point in my life.
Last edited: Jul 30, 2022
Reactions: micahrogers, Rhaven Blaack and mijob
You must log in or register to reply here.
Share:
Facebook Twitter Reddit Pinterest Tumblr WhatsApp Email Share Link
Top Bottom