For me, it's finishing up a couple miniatures.

and Wizkids Female Elf Paladin (not finished yet)

What are you doing to keep busy?
Reactions: Cybergrinder, Revell-Fan and ASC Mclaren

This should explain things

Reactions: lyter1958, thegreek270, micahrogers and 2 others
B

For me it is work (still same ammount as before covid, right now), two small childrens, learning to play guitar - my wife gave me guitar lessons as christmassgift, and

and yesterday I finaly decided to cut into this beautiful viking ship (gokstad). Original print is 1:72 scale, but I enlarge to 1:48 scale. This is designers build at the photos, I am at the begining. 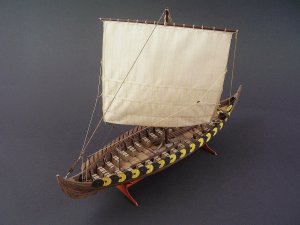 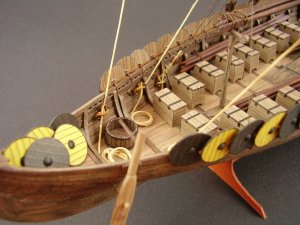 OHHH, @bigpetr , you should definitely start a build thread on this ship, please!
Reactions: Toutenkarton and Gandolf50
B

I will . I am cutting the inner frame from 1,5mm cardboard. It goes slowly, so nothing significant to show right now.
Reactions: micahrogers and Revell-Fan

I love ship models, especially sailing ones.
B

Me too, despite the fact I was probably ment to be landlubber . I was sailing few times at the see. I enjoyed wery much but seasickness gave me a hard time everytime.
Reactions: zathros

I sailed Old Ironsides, such an experience.... but I am scared to try and model her.

another mini done today, and one started...
Wizkids female Elf Paladin in red...

Base for flying dragon started.

and the Wizkids young Copper Dragon in flight, first color on...

I sailed a 10 meter boat with a 50' foot mast, a fully battened main sail, and a 150% Genoa. It had a 5'9" fin keep, slept 6 people, and an 12' foot beam. It was made by Pearson, and was a blast to sail. I sailed her once from New York Ctty to the tip of Long Island Sound. The was a "Blue water" boat, with chain plates that went through the deck right to the keep. I sailed her and maintained her for 3 years. Alas, my back just couldn't take the pounding of white knuckle sailing, so those days are past, but I did have a lot of fun on her.

I was moored alongside the "HMS Rose" now called "The "Surprise", which was used in the movie "Master and Commander:The Far Side", with "Russel Crow", during a FM simulacast of the 1812 Overture. The "Rose" fired her cannons just at the right time. Anyone who knows that song knows what I mean. We were 100' feet from her. Truly spectacular.

Connecticut was offered the "HMS ROSE" for FREE!! TO be the state's ship. The State of Connecticut refused to take it because the "Rose' was a British ship, and a farmer was killed by one of her cannons firing whenthe "Rose" terrorizing the coast of Connecticut, a hotbed of revolutionaries. No one knows how many more Connecticut residents were killed. I think it was a mistake. I look at the ship as war booty.

That Viking Ship is a beauty! Really nice on the texture details!
As far as what's UP? Modeling, Modeling, etc, etc... With tons of people working at home now, there has just been a flood, pouring in!
For myself, and perchance a new model ( I say that as it usually turns out that I never have the time to actually turn a model to paper), I thought I had a "Moldy Crow" at one time...might have died with the back-up drive,<SHRUG> so there is now a new one...went all out on this...full complete interior with bunks and everything... 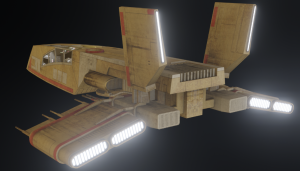 That is one awesome Crow!!

100 feet from the cannon fire. That had to be awesome.

I am caring for a wife with dementia who needs daily explanations of what the media tells us and an 81 year father with terminal cancers, one of which is in the lung. Keytruda is keeping him alive but he is allergic to it. Last year they said he would be dead by May but he is still trucking. I see him daily and help him along with his life. I have my own disability that limits my time not in bed. What little time I have left I spend playing. I have an MMO game I like and call it my vacation time. I also am formally learning the guitar (on my own at home). I have a beautiful acoustic guitar. Takamine EF341SC. I call it my Japanese girlfriend. She is beautiful, smells beautiful, sounds beautiful, and is highly responsive. She responds to warming up against my body, is highly expressive with my string choice, what pick I use, and how my hands work on the strings. What I am learning about meditation I am applying to that guitar. Sometimes when I struggle with playing something I shut my eyes, relax, and get my mind out of the way of the music. It is amazing how much better I play with my eyes shut.

I have other excellent guitars and will get more when my Dad passes. That Takamine is my favorite. I quit playing a Martin because it injured my thumb and couldn't compete with the Takamine.
Reactions: lyter1958

Takamine makes fantastic guitars. I pray for you wife and father, may they find peace. May you find peace.
I had to stop playing guitar because my right hand cramped up so bad from my broken neck. Ironically, when I picked up a Violin, that cramping went away, and in two years, have got to the point that I can play some of the easier Mozart and Boccherini pieces, some Irish jigs, and other songs. I have also taught myself how to repair them, and have machined all the tools necessary for setting them up. I make my own bridges. It is quite wonderful to play music and enjoy the whole process. It's a personal best thing for me. I restored this 1947 Georgi Johannis Violin circa 1947. It plays beautifully. I also have a Knilling Violin and an Eastern European one that sounded horrible, till I made a new bridge, re-positioned the sound dowel inside. I do love my Georgi Johannis the most though. 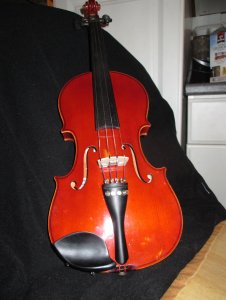 I also take great pleasure in setting up guitars. It is fascinating to observe how much they change when the setup is close, then skyrocket in capability when things are right.

The same process also fascinates me in sailboats. I never got to sail like I wanted, but enjoy learning about the tuning of a boat.
Reactions: bigpetr and zathros

Sailing is something I enjoy so much. I never cared where I was going, most of the time I just brought a lot of fresh water and a lot of food, in case it was just a day for spending they day, or maybe over night hiding behind the small islands off of Norwalk, Ct. You tend to sleep with one eye open on a sailboat though.
Reactions: Cybergrinder, micahrogers and bigpetr

zathros said:
Sailing is something I enjoy so much. I never cared where I was going, most of the time I just brought a lot of fresh water and a lot of food, in case it was just a day for spending they day, or maybe over night hiding behind the small islands off of Norwalk, Ct. You tend to sleep with one eye open on a sailboat though.
Click to expand...

I think I actually slept maybe 10 hours across 7 days on Old Ironsides... so much work to keep her going.
Reactions: Cybergrinder

I'm working, but tinkering on the Enterprise as I wait for the systems....

micahrogers said:
I think I actually slept maybe 10 hours across 7 days on Old Ironsides... so much work to keep her going.
Click to expand...

That is really excellent experience.

Watching all those shows I never got around to;
playing computer chess, bubble pop, that stuff.
Cleaning surfaces with bleach water [1/4b3/4w]
and all my printed pages of Paper models of course! 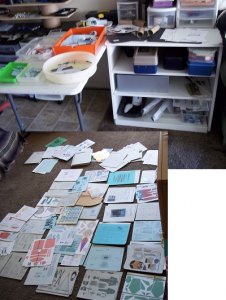