...nice bell tower from the village of Lutiše from 2009, Real photo: 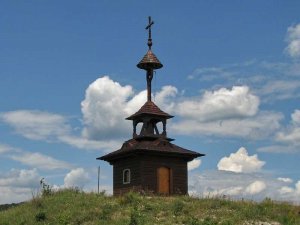 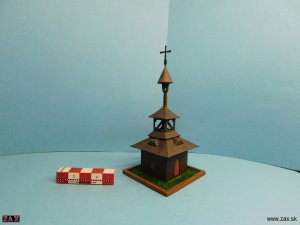 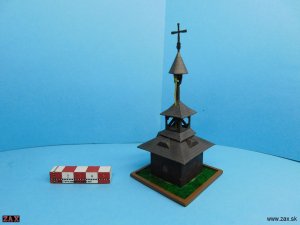 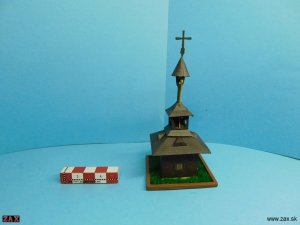 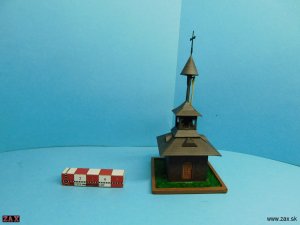 In the north of Slovakia lies the village of Lodno, there is built this nice bell tower, which is over 200 years old, the bell was cast in 1805, the bell tower was declared a Cultural Heritage Monument of Slovakia in 1997. Real photo: 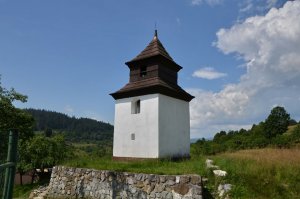 My edits:
I carved windows and doors according to a real build, I added a bell and a rope, I made a simple pad, a few photos: 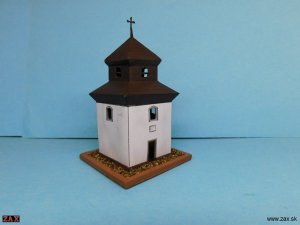 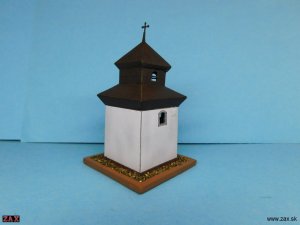 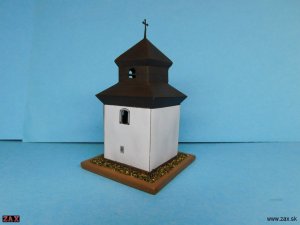 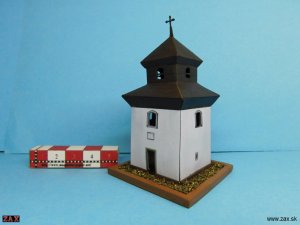 Chapel from the village of Mojš (near the town of Žilina, Slovakia) It is a neo-Gothic building from 1923. Photo of the real building: 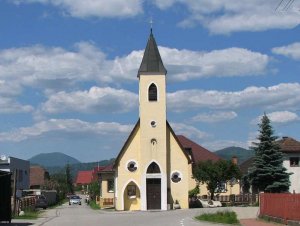 The Building without modifications, added pad and figures, a few photos : 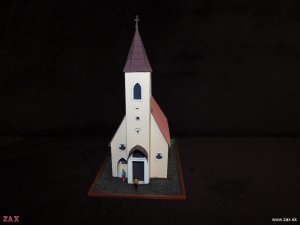 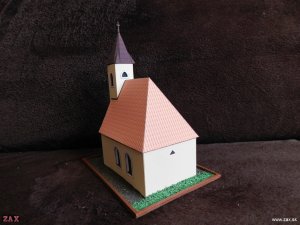 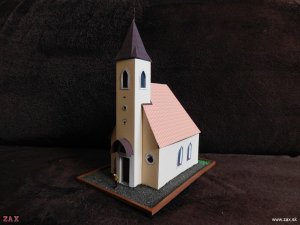 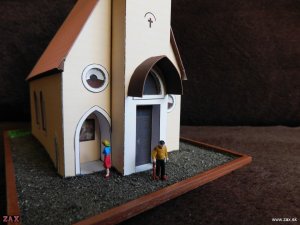 Beautiful! The figures add a lot of scale and impact to that little scene.

Chapel of St. Anny in the village Kysuca, village Drabsko

...another addition to the series of sacred architecture is this beautiful chapel. Photo of the real building: 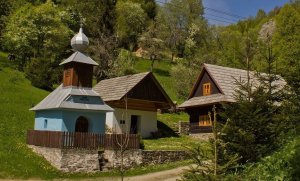 Model built more, less without modifications, I just made my own fence, added grass and the figure ... 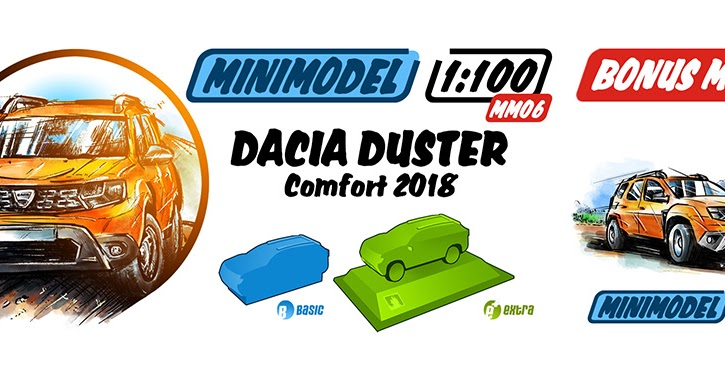 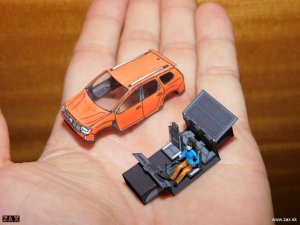 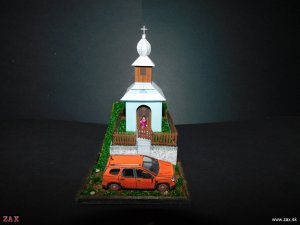 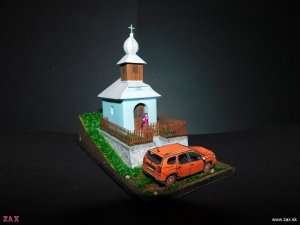 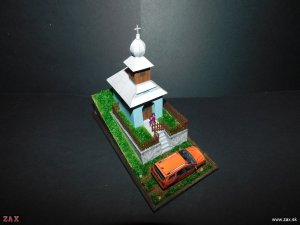 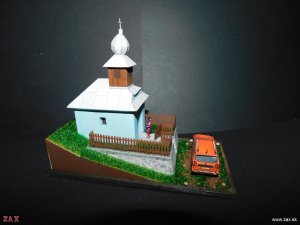 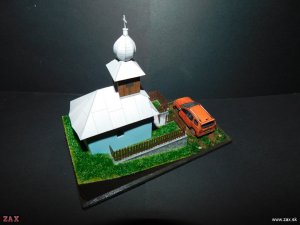 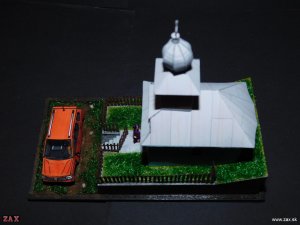 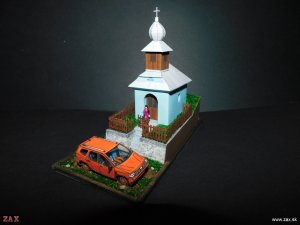 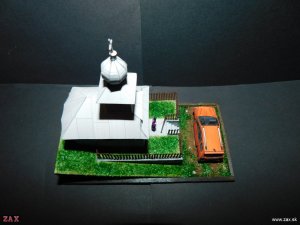 That little car just really makes it come to life.