The head belongs to the Low Poly models, which means that these models do not go down to the full detail, but still they are interesting models whose gluing is not so difficult. Usually it is glued from colored paper, but I printed it on a regular drawing and then sprayed, then my whole head was then brushed with the same color that I sprayed, which slightly depicted the coat. The pad was made to measure, the frame is made of wood, the letters are made of paper.
I had bought the model a long time ago, and only now did I find the time, even though I didn't count on gluing it on such a sad occasion ...
The Schnauzers are my lifelong love and the last one suddenly left me unexpectedly shortly after the new year, so it is a memory model for this dog. 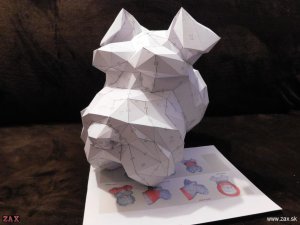 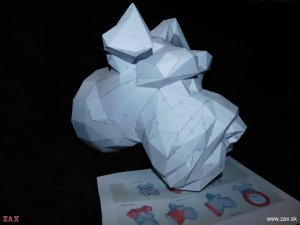 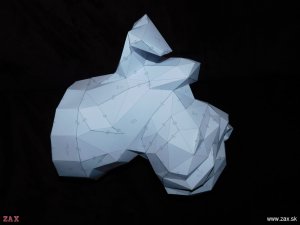 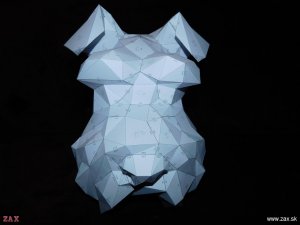 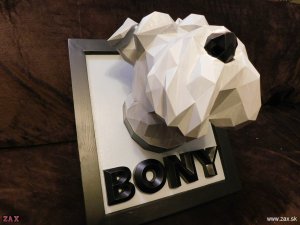 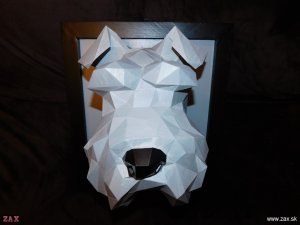 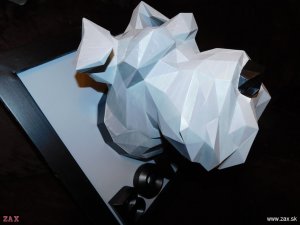 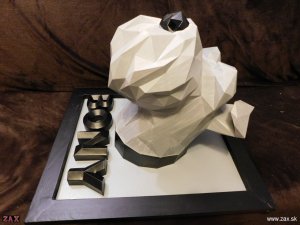 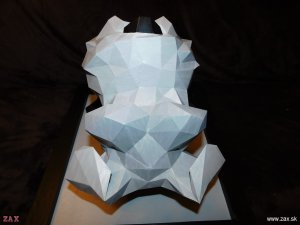 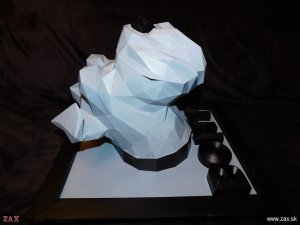 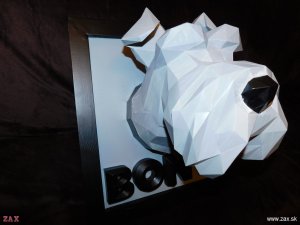 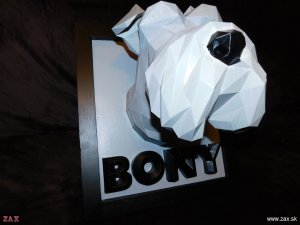 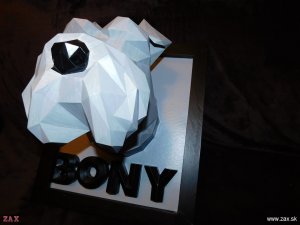 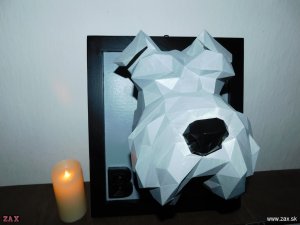 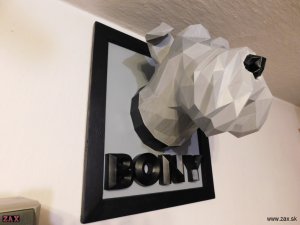 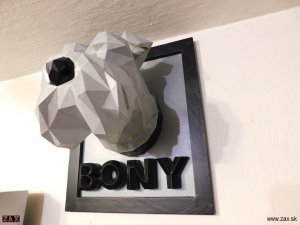 Thank you, as I say, life goes on and memories remain ...I have already had 5 dogs and each was different and unique and I like to remember everyone ....
Who knows me knows that I will not last long without a dog, so even though I am still saddened by the last one, I have a small schnauzer puppy agreed and in a month I could have a new friend.
Reactions: Revell-Fan

We had a silver grey medium-sized poodle. A good size to play with, not too delicate, not too massive. My uncle named her after a Turkish carpet ("Bidjar").

She was extraordinarily intelligent but totally inept on the streets. She would not look for approaching cars or such but start running as she pleased. And she didn't get along with other dogs - except dachshunds. She loved them! She even made friends with one living in the neighbourhood who usually wouldn't let ANYONE in his vecinity. She left a big void when she passed. She was a fully established member of the family. The pain will go but the fond memories will stay.
Reactions: mikezax

My Corgi-Pirahna mix dog, Rhyse, is around 21 years old. We got him from a rescue center decades ago. He's been a handful but we love him. He's just seeming to start slipping, his back legs giving him much trouble, but he is not in pain, and we will either let him pass naturally, but in no way let him suffer. My pets tend to live long. They break my heart when they pass.

Nicky, Chihuahua, 18 years old. A sweetheart female Chihuahua
Peepers (also known as "Big") an American Grey cat, 24 years old. Carlisle, also an American Grey, lived for 25 years in parallel with my Dalmatian, which she raised, Jessie, my Dalmatian lived for 16 years. Rambette, daughter of Carlisle and Peepers lived for 23 years, before Cancer forced me to relieve her of her suffering. I asked her if she was ready, that cat broke my heart, I still grieve her and it's been 20 years. She used to sit on my shoulder like a Parrot. She was the most highly trained and intelligent creature I have ever lived with, you can't own a cat. She walked with me outside, like a dog, but she was an inside car, as all of cats are, they showed no interest in going outside.. I have one cat, and one dog now. Both are around the same age, 21 years. I don't think after they pass that I can suffer these kind of loses anymore. I'm just not strong enough.
Reactions: mikezax and Revell-Fan

...so you were lucky i had the longest dog around 15 years and this last dog only about 4 years ...

The longer they live, they more they becme part of your heart and home. They take a piece of something with you when they pass, but they leave one too.
Reactions: Revell-Fan

This "model" takes me all my free time, so I don't have much time to glue anything else ... 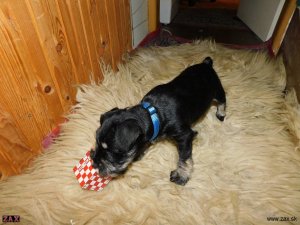 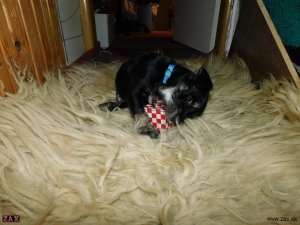 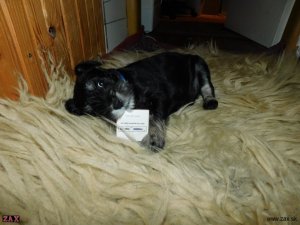 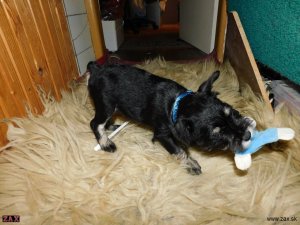 Reactions: Gandolf50, thegreek270, zathros and 3 others

What an adorable model! So lifelike! And fully posable! And interactive! I suppose it runs on sausages, right?
Reactions: mikezax

These dogs love to eat paper models. No problem though, they leave the pieces on the lawn.
Reactions: mikezax, lyter1958 and Revell-Fan

...the puppy is only 2 months old, so far there are only granules for puppies and water, he has to wait for the sausage... I have holes in the paper cube...
Reactions: lyter1958, Gandolf50 and Revell-Fan

What a lot of fun they are at that age. That's when they become so attached to you, and you to the dog. May you have many years of joy. My Dalmatian lived 16 for years. I miss him, a lot.
Reactions: mikezax
You must log in or register to reply here.
Share:
Facebook Twitter Reddit Pinterest Tumblr WhatsApp Email Share Link
Top Bottom