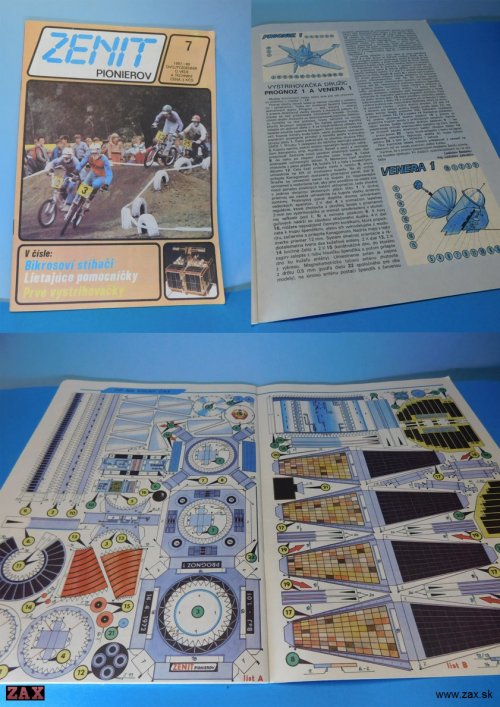 Hi, I will be putting models of space technology into this topic. First I will add the Prognoz 1 and Venera 1 probes (the models are glued during the celebrations of 75 years of Mr. Badalec - one of the authors of the probe models) These models are interesting for several reasons:
-these are the first two models that came out under the Baj brand
-these are the first paper models published in Zenit magazine
-abouts of these models are also interesting:
The Prognoz program was a series of 12 probes, designed mainly for solar research (1972-1996), while Czechoslovakia also cooperated on Prognoz 7-10.
-Probe Venera 1 is an even more interesting piece. This probe was the first planetary probe ever sent into space. It happened on February 12, 1961. It was sent towards Venus. 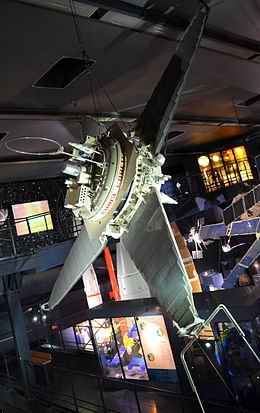 I'll glue the Prognoz probe first. I have the model cut and retouched, so I can start gluing. used non-paper parts:

-nitrogen tanks (bearing balls injected black)... I have the model cut and retouched, so I can slowly start gluing ... 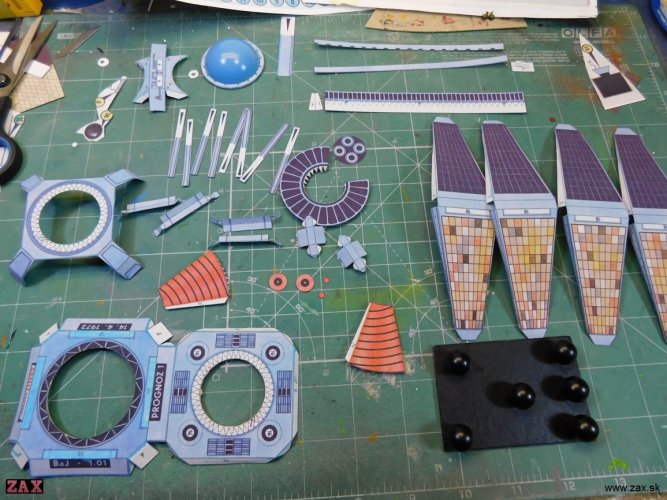 These old models, with some TLC come out really nice, and cannot be had in any other medium.
Reactions: mikezax and Awry_Chaos

Slight progress, I have glued the basic parts of Prognoz 1, now I'm going to start assembling it slowly ... it stuck well, I just didn't think that if I glued some parts, it wouldn't fit me ... so I had to adjust a few things ... I glued the nipple inside the probe in preparation for the stand.
As a stand, I will use the spoke from the bicycle string, which will be anchored in the pad on one side and the other end will be screwed into the nipple in the probe ... 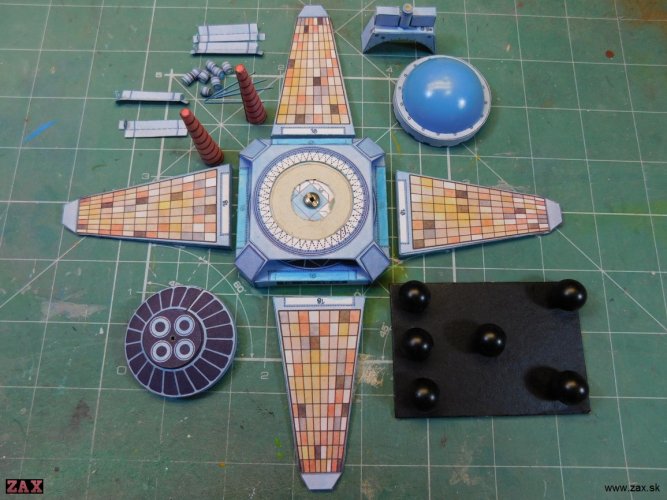 Prognoz 1 would be done, now I can slowly start to Venera 1. 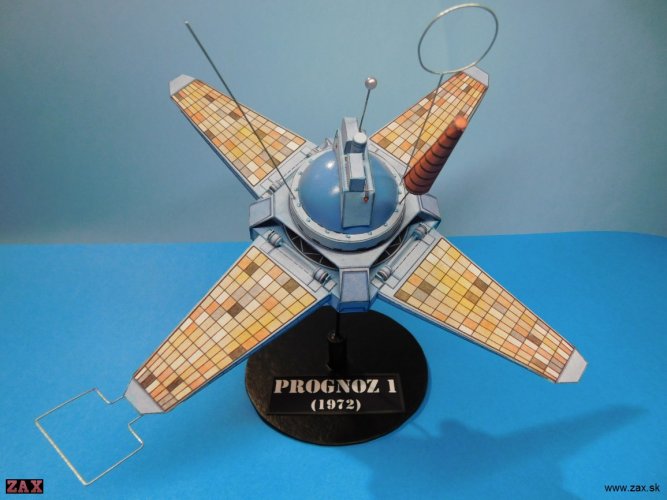 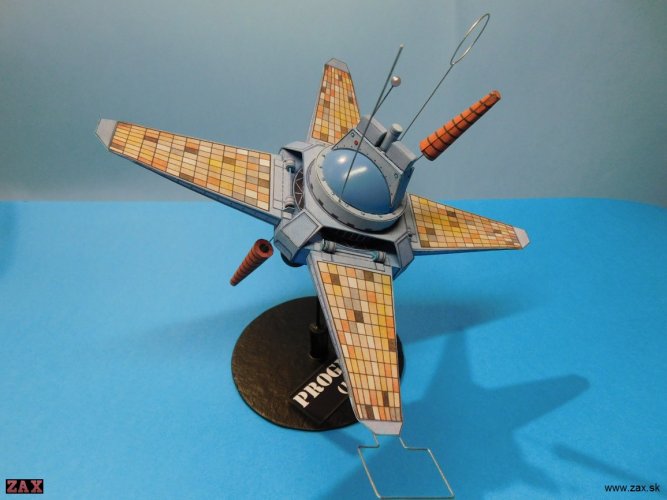 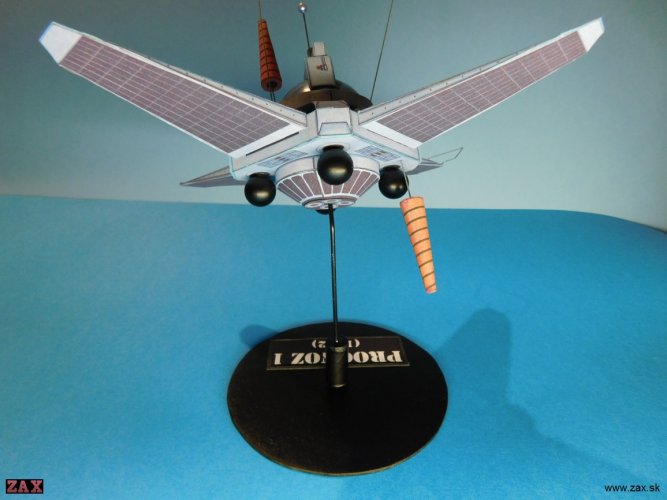 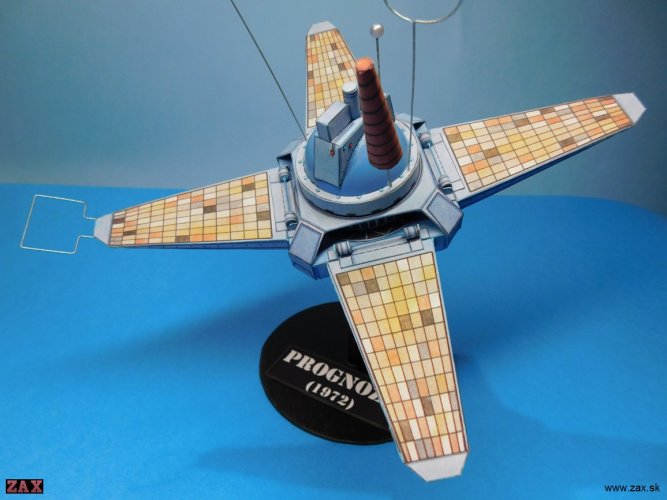 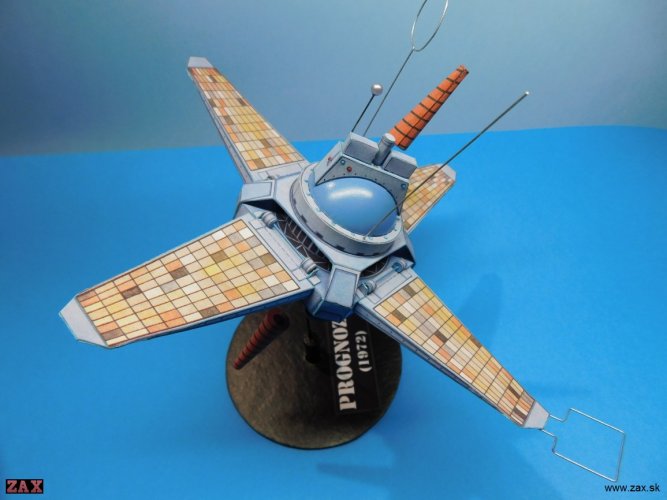 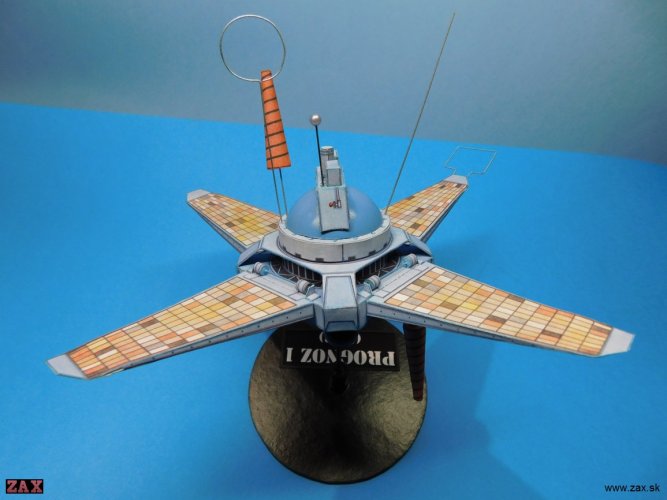 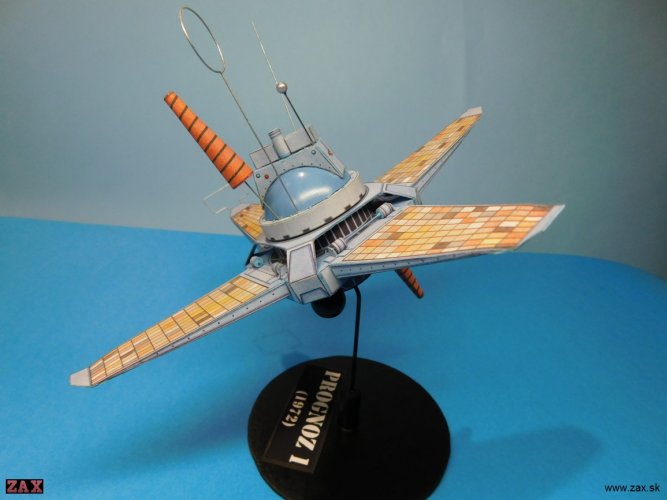 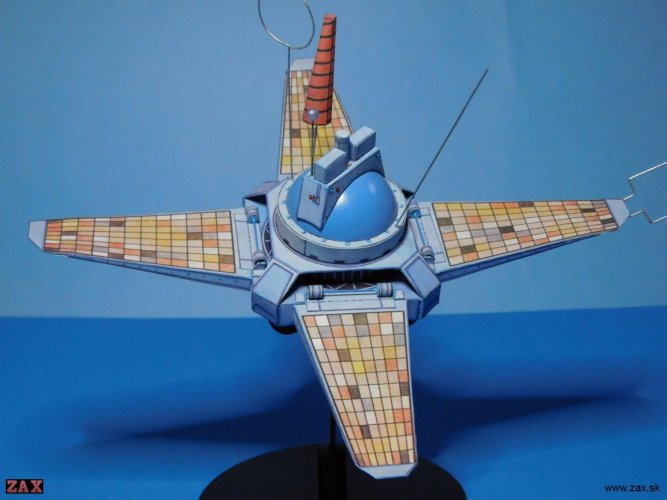 You have done a FANTASTIC JON on this project!!!
Reactions: Awry_Chaos

Thank you, it is an old model with a hand drawing, but the result is very nice.
For fun, I made a GIF with the effect of a rotating probe ...

Excellent workmanship. Why don't you put the link to your website in your signature?
Reactions: micahrogers 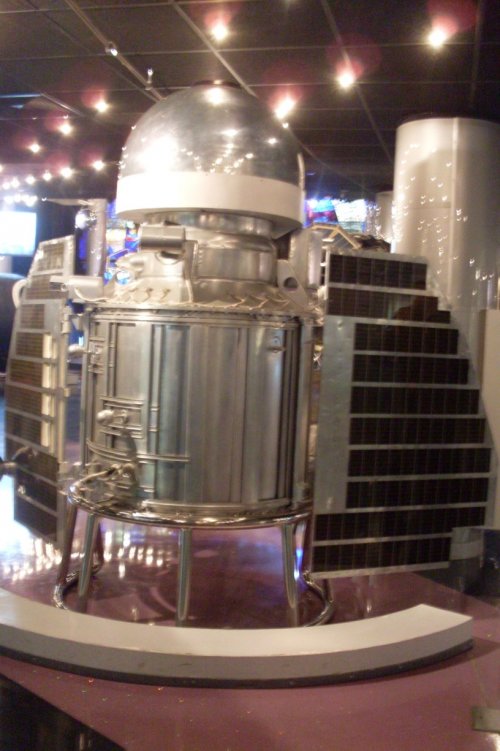 I work slowly on Venere 1, my model is cut. I started with probably the hardest parts of this model, and that is the dome of the ping pong ball, which in this case is more than half, which results in an unpleasant connecting groove ... I sealed it and sanded it and then sprayed ... it could be better, but I didn't have very good putty, so it must be enough like this ...
The second part I was worried about was the parabolic antenna ... I glued the inner part with aluminum tape, and it managed to stick quite well ... 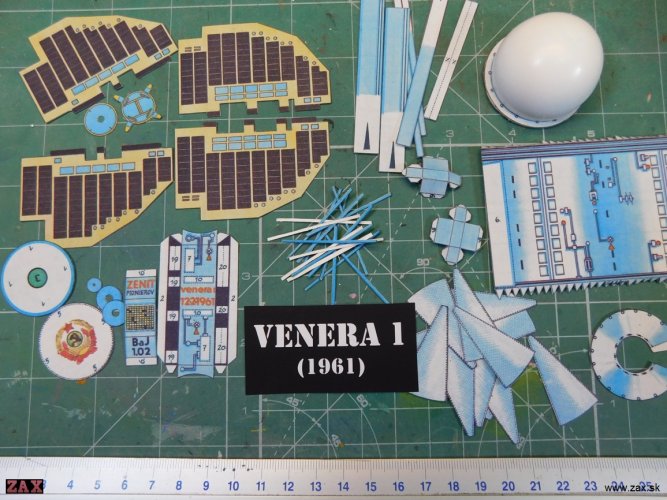 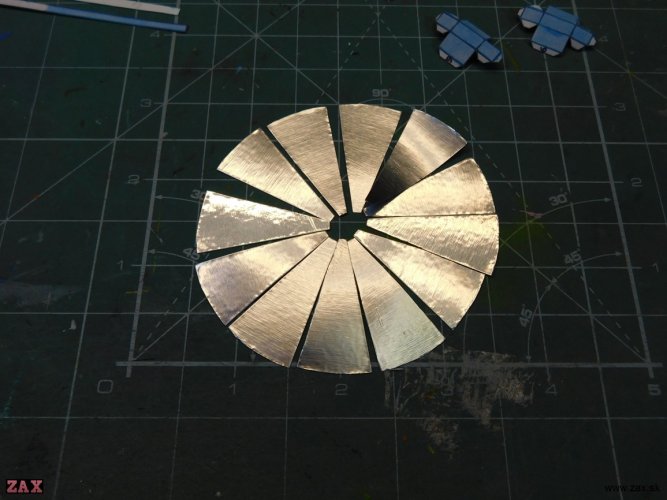 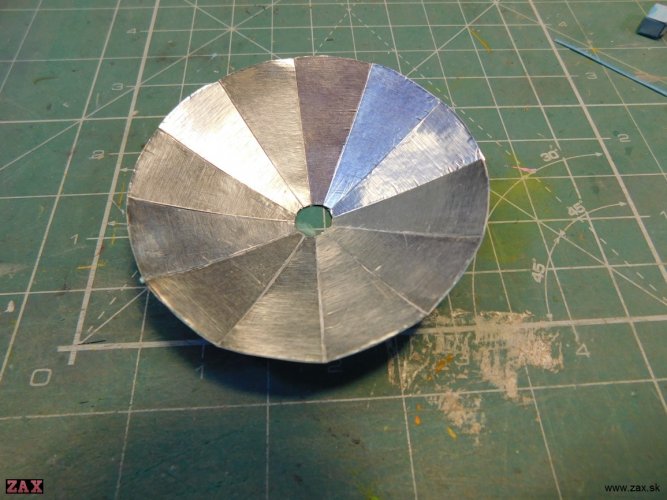 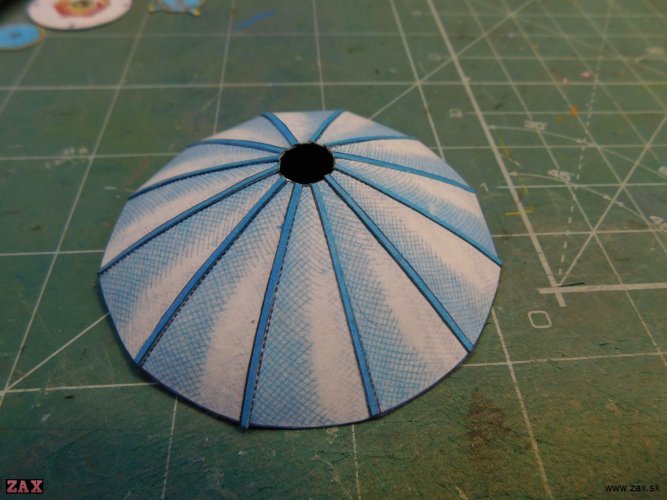 It appears that you are off to a very nice start on this project! I like the metal foil that you added to the parts.

Impressive start on this.

Venera 1 is complete. A few words about the probe itself:

Venera 1 was the first planetary spacecraft ever sent into space. It happened on February 12, 1961 from the Baikonur cosmodrome on the territory of the Soviet Union, which also built the probe.
After a successful start, it reached the Earth's orbit at an altitude of 196-275 km. Then, thanks to the ignition of the last stage of the rocket, it gained a second cosmic speed of about 4 km / s and thus got into orbit around the Sun. This was followed by a path correction. However, during the journey after the first week, the spacecraft fell silent 2 million km from Earth and communication with it was not restored. According to calculations of the trajectory of its orbit, it was found that it probably flew around Venus on May 20, 1961, at a distance of only 100,000 km. 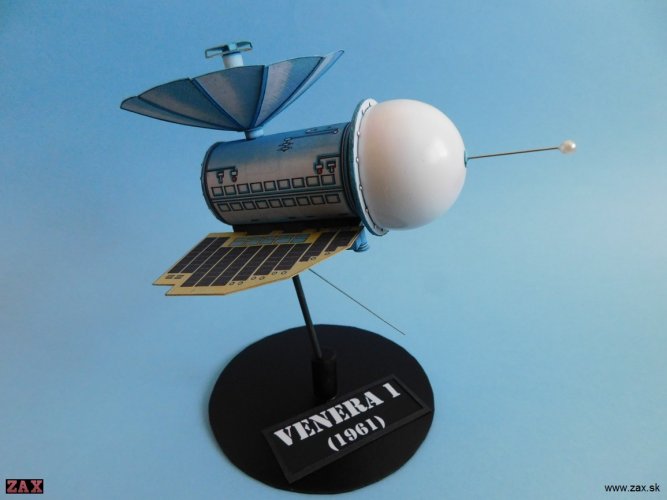 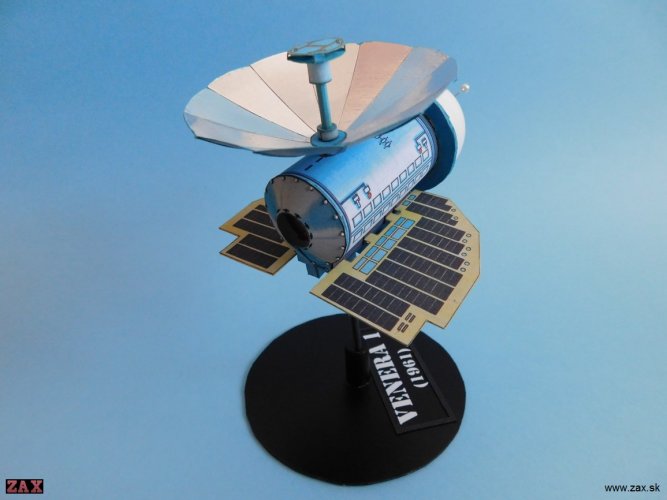 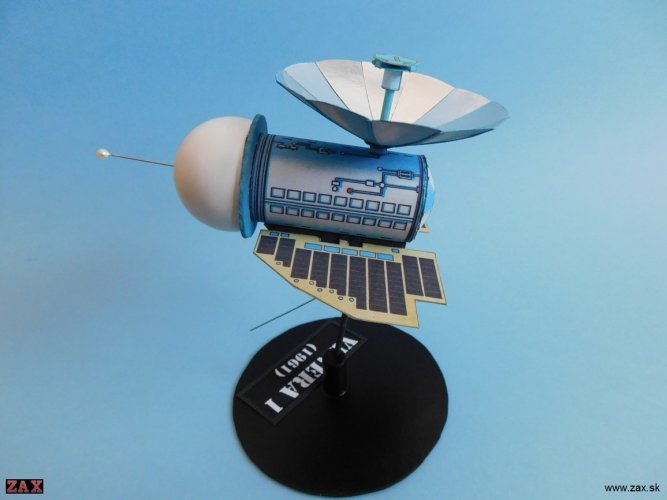 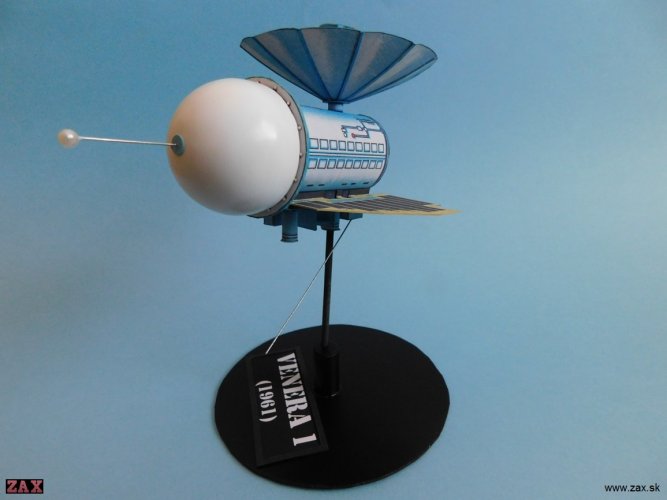 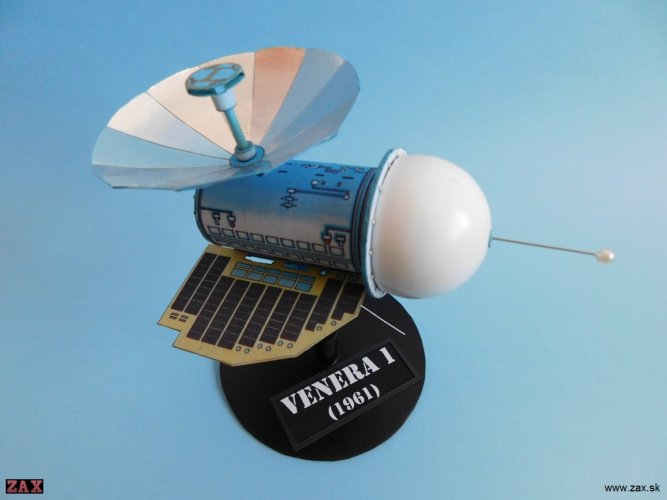 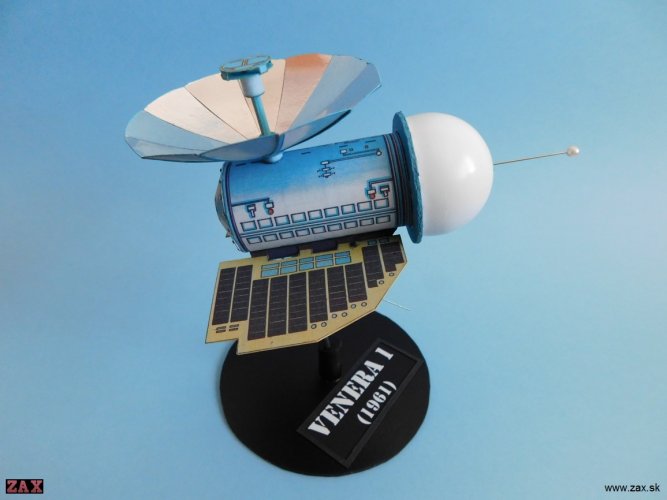 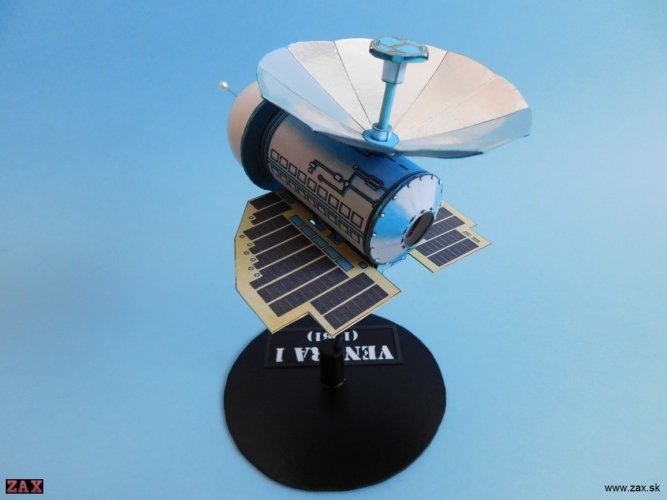 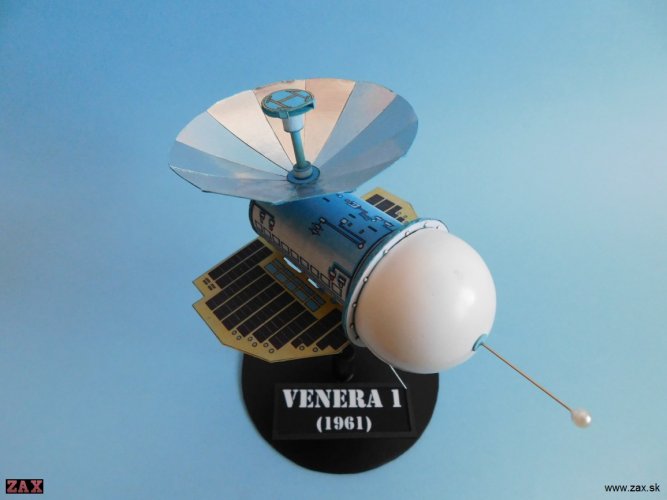 That model looks realy good. And thank you for the historical explanation.