Model Of The Month: Time to build Union Station!

Bill has put a lot of great work into his Union Station, and yes it came out very good. And about Bill’s comments on the building on Dec.14, 2008 in the first post he made on that day, I do think he was too hard on himself. In the final view, the uniformity of the building overcomes the ruff hued stones. Having some fun with this I would say he has brought the art of ruff hued stonework to a new level. His work is something to be proud of. His building was built, installing and shaping, stone by stone, and very time-consuming process that was very rewarding. On Dec. 14, 2008, his last day of posting into this thread, he did 11 posts. 12 posts included photos of a total of 17 photos. The three last views show his copper roof. What an outstanding finish to this thread.

I really misread that thread. Man, do I feel stupid!

Tom was too polite to say I’m not dead; I just smell that way!
Reactions: zathros

Time to feel like a dumb ass again. I have to admit though, this is one of those things that you are happy to be wrong about!

The club moved to smaller quarters, and Union station wasn't welcome in the new location. I thought about using it on my home layout, but that would have required drastic alterations, so it is in my living room 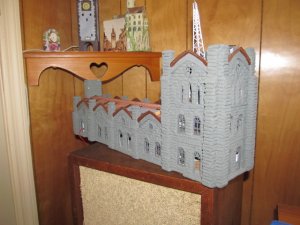 since I built this I have developed a method of foam masonry that is faster easier, and yields more uniform stonework. I documented the process over in my main thread in the logging mining and industrial subdivision. sadly all those pictures were taken on my phone and this platform doesn't like them. 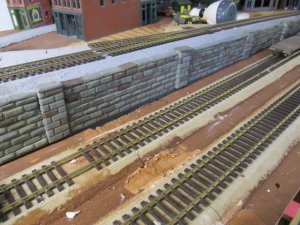 this is an example of my most recent foam masonry project, also built on a foam core base. 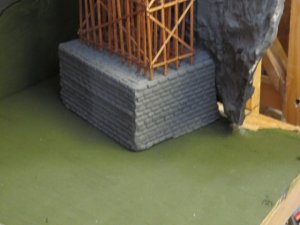 this masonry pier for my old Cave cove Bridge, which I have recycled for use on my new lowest level, along with some remnants of my old mountain. 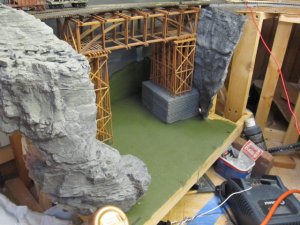 This bridge is appropriate to this sub group, as it was scratchbuilt, and I have bashed it a couple times
Reactions: Revell-Fan, zathros and swampdaddy41 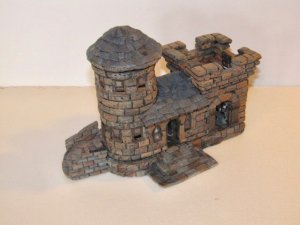 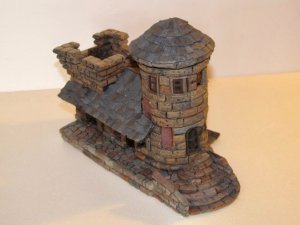 As soon as I was done for the spring, and for good, my wife , who was in Houston Texas to care for her folks wanted me to join her. turns out they were going to lock down Houston, so I had to go well in advance of when I planned, without much in the way of tools and projects 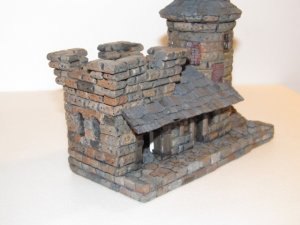 I built this silly little station out of toilet paper rolls, take out trays, grocery store meat trays, clear plastic salad boxes, and cardboard from cereal boxes. The wall to the right of the steps was broken in transit, and I have not found the piece, so I'll have to patch this up, but my foam masonry skills have reached another level. I'm posting this in the union station thread, as it is foam masonry, had I used the current techniques, it would look better, and nhave taken much less time. 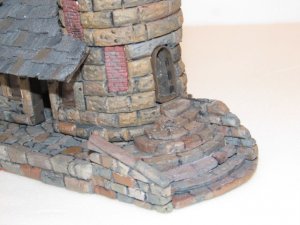 there is some interior, I had planned in interior stairs and had plotted windows to follow the spiral staircase, that was too difficult to set up , so I went with a ladder instead, and had to fill in the windows, so I tried my hand a carving bricks. without a plan for either of my two next layouts. in retirement I will be spending most of the year in Stewart TN. and winters in Houston Texas. I don't have plans for either layout finalized, but with less usable space in Houston I may do all HOn3 there as almost all my Hon3 locomotives can do 16 inch radiuses. 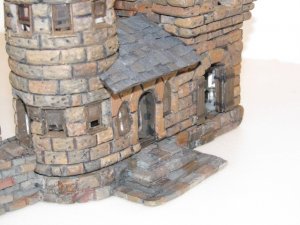 Congrats on your RETIREMENT!!!! Looks like you got a pretty neat plan on how to spend the year. Doc Tom

Congrats on retirement. That silly little train station is beautiful!! The "Union Station" could be in a museum. It's stands on it's own merits. 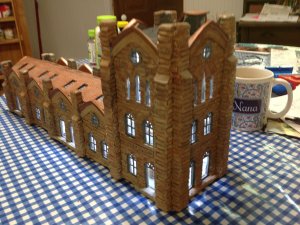 An update. Bouncing round between Tennessee, at the farm and the lake; and a winter home in Houston Texas. Still trying to finalize new layout plans for the lake house, and the Bungalows work shopp. My current layout won't fit in either location.


In the meantime, Union station has traveled with me, perhaps more than it should. And it took some damage, requiring some masonry repair. While at it I decided to fix the paint job. 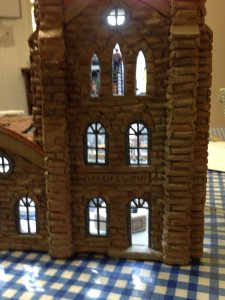 I had issues posting photos on zealot since the platform change , but found this old I pad's camera posts fine 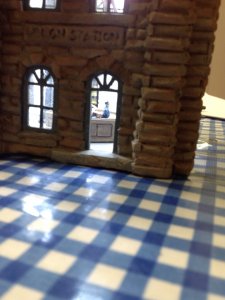 The interior details show pretty well. My attempt at Sewanee Sandstone one is satisfactory. It is a lot of work, with multiple washes of two different tans, two Browns, with some red, and apricot mixed in , with the wash mixed in with some modpodge mixed in which will help make the foam a little more resiliant. 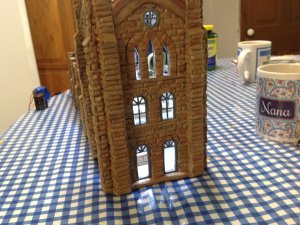 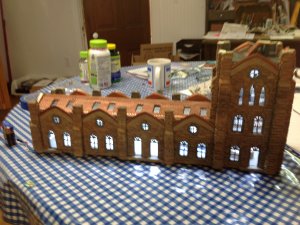 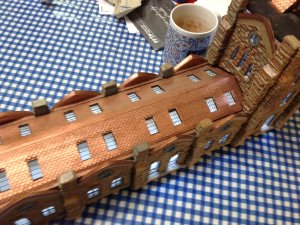 The skylights are the only commercial pieces used on the outside. Many of the interior pieces including the people, railings, stairs, and detail stuff are comercial. 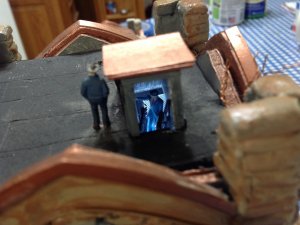 If you look at it right you can see this guy coming up the stairs to the roof. The wire mesh behind him is the cage around the elevator.


I want to use this on one of my two next layouts. I'm thinking of doing HOn3 at the workshop in Texas, and Mostly HO at the lacked house. Have about 11x19 in both locations, but lots of doors and windows to work around in Texas.
Reactions: zathros and Revell-Fan

I just had the rare thought. The documentation for the newer foam methods is in files too large to post here. When I get back to the lake, I canbring them up on my desk top there, and photograph the screen with the I pad, and post from it.
Reactions: Revell-Fan

This looks awesome! It's great to know that this thread is still being updated. I'm looking forward to seeing your doc. Keep up the great work, Bill!

Cleaning up, and organizing, I found the chimney to the union station , which I am trying to fit in to plans for a two level 11.5 x 20 space in the garage at the lake. I couldn't find the chiminey when I re painted the station, now I have to finish it and try to match the collors of the stones.

Remembered this elderly I pad takes photos I can post here. So I will try to share more stuff. I think I will start a new thread in the logging, mining ,and industrial section.
Reactions: zathros 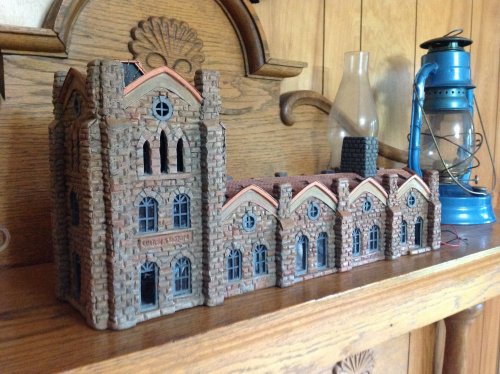 These edifices you have modeled are stunning!
Reactions: micahrogers