I have never posted at Zealot about something that wasn't related to modeling in some way. Yesterday I woke up, and then I was shattered. I saw that Marie had passed on the 9th. She sang the songs that played behind most of my life. I am still reeling. I know that we all have things other than this hobby to round out our lives. This is a loss for me of that voice, and in a my youth.

Anyway, for any of you that enjoyed Roxette, listen to your favorite tune. Remember a talented soul.
Reactions: Revell-Fan, micahrogers, Rhaven Blaack and 1 other person

It is a loss when someone talented, especially in music, as that reaches in real deep when you can connect with the singer. I'm sorry for your loss. I have been noticing many of the people passing later that I liked. Parting of getting older I guess. I didn't post a "Like', as it seemed weird to me, personally, to post that. That's personal, and I am not putting anyone down for that, so I thought I wowuld write a post. Kind of blathering here, you know what I mean.

Truth. While actors are seen, the song gets into your soul. I remember how my wife took both Bowie and George Micheal's deaths. Sounds kind of like dribble, I know.
I have noticed the passings of the famous and near famous. Somewhere between 24 hour news and internet and yes, we are getting older. I completely understand and respect your not likeing a post, sometimes it seems wrong. Thank you for your words, John. They are a comfort and affirmation.

Yeah I find it disturbing as we see actors in movies that seem to be immortal ( and they are in a way ) but suddenly they are whitehaired and far older than we think they should be, as I just saw them in their youth, so how can this be...hard to see Tim Matheson from Animal House as an old Grandpa. I see all my favorite musicians, from my younger days, and know the time is approaching...it is never easy
Reactions: ASC Mclaren

I used to love Roxette, even to the point of buying all their CDs, expensive imports as well. Now while my musical taste has got heavier I still enjoy some of the "bubble-gum pop" Roxette used to make. I even got to see them live in Jo'burg in 1995, great concert. 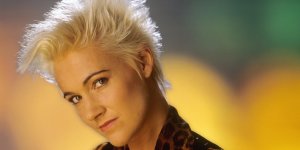 To be honest, most of what I listen too is based on lyrics, and good sound. YES still sounds good to me (especially the early stuff), The Moody Blues brings back many memories. Much of what has been out in my lifetime has always seemed as dribble. I did like "Camper Van Beethoven's" first CD, but then they lost it.

Thank you for that share, John. That isn't too bad. It is usually fun to listen to the music that moves people you know.

I think I am more drawn to the sound, over lyrical content. That isn't to say I dismiss good lyrics. The Look isn't profound, it is fun. Oddly I just learn that the final lyrics were the filler lyrics, just to set rhythm. Per thought the filler was to fun, kind of like "I am the Walrus".

That said an English as a second language band that puts four songs on the Billboard #1 in four years, the first #1 without a label support, a record or single release? damn good. I like them because they sound great and are a bit of an escape. Fun pop, in a far to troublesome world. Oh, Per writes great hooks, Marie could belt out those lyrics.

This is one of their last videos. Marie was blind in one eye, had been fighting cancer for more then a decade, and had been touring for more then five years. I can post some other fun video, if you like.

I was a Progressive Rock Junky ( still am ) ...still have my room of Vinal ( literally ) Yes is in there of course, but I started to not like their late stuff but still, the early years...in the mid '70s was turned on to this guy... If you like good sound and Lyrics Try Shawn Philips... Video is of one of his softer ballads, but his voice is remarkable!

Annie Lennox has a voice that is quite something else. I agree about the later YES stuff. I go up to "Tales of Topographic Oceans, and a few singles after that, of course AWBH was a fantastic Yes/non Yes album, as the name of the band was in legal limbo. Stupid stuff like this kills bands. I can't stand Trevon Rabin, he's no "Steve How", I don't think he could play a clean punctual riff like Steve Howe ever could. Jon Anderson, well, if he isn't in it, it isn't YES, same goes with Steve Howe. IMHO.

I was breaking up with a girl I had lived for around 2 years with, and I finally had enough and kicked her out. This song said it all for me. Annie is beautiful, and a fantastic singer. The song brings back great memories of how I extricated myself from someone who was a monster. I was alone for a long period after that, but never regretted letting that baggage go.

I am really enjoying hearing (and seeing) music that is meaningful to you'all. Maybe we should have a DJ booth?

I will kick more Roxette into the thread (Hey, it's what I do). This is a great song, and one of my favorite Roxette videos, you'll see why.

On of my favourites

Cybergrinder said:
On of my favourites

Roxette and a Mustang? This is vey high on my favorite Roxette videos list!
Reactions: Cybergrinder

I was HERE, sitting up on Devastation Hill not the greatest vantage point, but a wonderful memory all the same...

I was at this concert (somewhere on the field...)

I grew up in the 80's and 90's and enjoyed most of the music from that time. It makes me sad as I grow older, that many of the idols from my youth are passing into history as just a memory.
As I've got older, I've swung more towards rock and metal.

I won't post the video as it's not to everyone's taste, but I was right at the front of Slipknot's London show during the Iowa tour in February 2002. I'm glad I was able to see the original lineup before Paul Gray passed away.

I'm seeing them in London again on 25th January.

I think if you ever get to see your favourite artist, you should go for it. I'm sad that I never got to see Freddie Mercury, he was a true showman.
Reactions: Cybergrinder and ASC Mclaren
You must log in or register to reply here.
Share:
Facebook Twitter Reddit Pinterest Tumblr WhatsApp Email Link
Top Bottom