OK folks, this is the first episode of Galactica 6551, a fan fiction by RF.

To know more about this project please read this thread:

GALACTICA 6551: A fan-made virtual 2nd season of BSG by Revell-Fan

Hello dear fellow warriors, I'd like to introduce you to a fan project I started almost 20 years ago: A virtual season 2 of the classic "Battlestar Galactica" TV show. As you might already know, I have been a huge BSG and Buck Rogers fan since the early 1980 when both shows premiered on Dutch...


Episode 1. The Present of the Gods

During a heavy Cylon attack Apollo gets blind and the Galactica loses nearly all of her ammuniton depots. Searching for suitable raw materials to restore the firepower Commander Adama and his away team walk into a trap set up by Kommandant Leiter from the Terran Eastern Alliance. He seizes control of Galactica and forces the crew to conquer the base the Cylons used to attack from. Adama has no chance but to comply but soon finds out that Leiter has a hidden agenda.

This is the "pilot episode" I wrote for "Galactica 6551" which sets up the stage and general conditions determining the course of the virtual second season of "Battlestar Galactica". The events take place after the episode "The Hand of God". Apollo coping with a severe injury and the fleet suffering from a shortage of ammunition are two of the main themes and a first try to depict the wagon trek in space in a more realistic fashion. Lloyd Bochner returns as Kommandant Leiter. I was deeply impressed by his portrayal of the character in the episodes "Greetings From Earth" and "Baltar's Escape" and thought he was fairly under-used as a villain. He deserved more screen time and the audience desperately needed to know more of the political circumstances and motifs. To do so I changed the tone of the Eastern Alliance a bit and turned them from the established allegory of the Warsaw pact to - yep, sorta space Nazis. We will meet the Alliance again in later episodes.

This was the first episode I tackled in comic strip form. I had to come up with many little things, the general layout and the way to present the story graphically. After a few pages I stopped working to tackle other episodes and then returned to it, which explains the improved artwork in the latter panels. Page 8 needs to be inked and will be displayed later (it deals with a hull breach and depicts people saving invaluable components; when the hull breaches a man is pulled through the hole into deep space).

So far I have translated the comic pages, the rest of the story will follow once it is ready. Till then, have fun and enjoy! 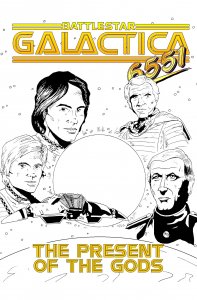 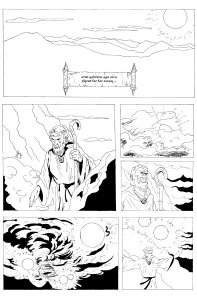 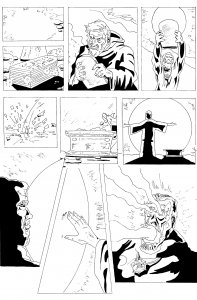 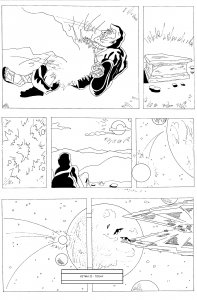 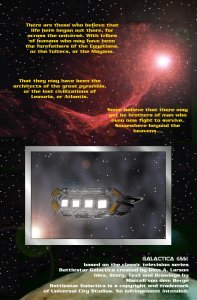 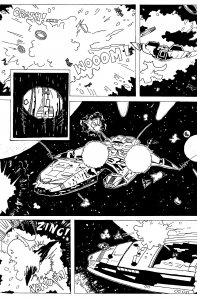 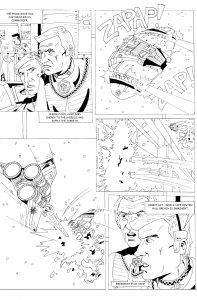 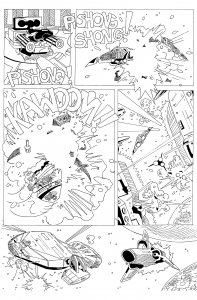 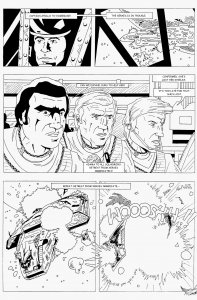 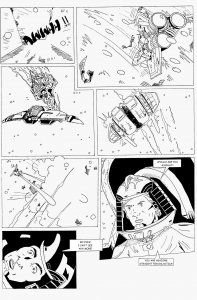 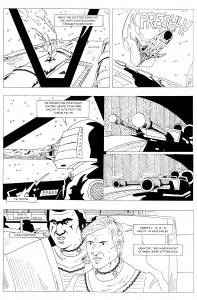 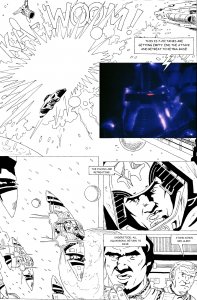 I know from my experience (I did fantasy comics long time ago but did not go too far) that comics making is so time consuming. It takes lot of time to get somewhere in the stroy. It takes one month to produce Marvel/DC 24 page comics issue with 3-4 people (writer, penciler, inker, colorist). If you do it all alone ... some profficient webcomics autors can do 2 pages a week in their free time. Sorry for little comics sidetrack
Reactions: Revell-Fan

Oh, don't be sorry! That's what the thread (and the off topic section) is for!

If I am in the mood I can do one page a day (pencilling, inking and lettering). Colouring would require another day. The best times are when you see the scene right before your inner eye. If that happens, all you have to do is to trace everything on paper. However, the bad thing is my head sometimes explodes with creativity which will stop me from making anything else but to write everything down first. The story is most important, the images may come later. Just like building a paper model (the plans are essential, everything else is only a matter of time and patience).

I was drawing Galactica comics before but it was a rather simplistic way to improve on techniques and to kill some time. It was a never-ending strip which I would expand when I had the time. Then came a revamped version in which I combined "Knight Rider", "Columbo" and "Galactica 1980" in a comedy SciFi action crime show called "Seal Our Fate" (with Gloria Estefan's hit as title song ). Several ideas (a crashed freighter in the desert, the time travel episode and a moon out of control) originated from that project. Again, it was rather created just for fun and a first try to create single episodes with self-contained story lines. The "Galactica 6551" project was developed after watching "Galactica 1980" and brought me to another level (which you may see when I post the panels for the vampire episode). I had no art teacher who taught me anything, what you see here was completely self-educated.

At that time my hero was Carl Barks. When I was working on the time travel episode ("Experiment in History") I discovered "Witchblade" and Michael Turner. He "taught" me how to draw silhouettes and correct noses! You can see the transition in the drawings when you look closely at how I draw the characters' faces; once you see some scribbled lines above the tip of the nose - that came from Michael.

BTW, you can see the peak of my evolution here:
http://www.terminatorfiles.com/interact/fanprojects/writing_001.htm

That's the style I have today. Further improvements are possible.
Reactions: spaceagent-9

I just noticed that some of the dialogue could be improved (I translated the pages yesterday night and it got veeery late). Turn "Auxiliary energy" into "Auxiliary power" and "retreat to Ketma-base" to "return to Ketma base" and it is fine.
B

I saw your terminator project before. Great work

Revell-Fan said:
which you may see when I post the panels for the vampire episode
That's the style I have today. Further improvements are possible.
Click to expand...