You are using an out of date browser. It may not display this or other websites correctly.
You should upgrade or use an alternative browser.
K

Still continue on the trail truck. Added grease pipes. Pipe bending was a very hard and fine job. I made templates for bending same as other pipe parts. This made me to bend the more exactly size of pipes.

Installation must be very careful on damaging every parts. Be sure that the pipe bending is exactly fit to other parts before glueing. 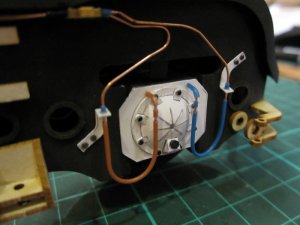 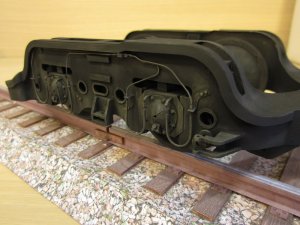 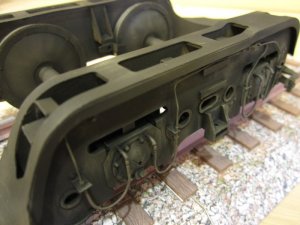 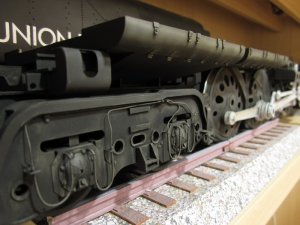 This is an amazing job . As a child I was around the big boy at the railroad museum alot in green bay Wis . Back in the 70's they had a big celibration at the museum and they pumped up the boiler on the big boy with air and I was able to blow the wistle. I hope one day this become a kit I can get to build this amazing model !!
J

kooklik said:
Hello there
More step to report. I airbrushed the ash pans and trail truck. Suspension parts inside the trail truck were difficult to assembly. But they were OK in their positions in finally.
----kooklik----


I am in awe of your talent. I love steam engines, and this is an absolute masterpiece!
Click to expand...

Hello there
I have not updated for many weeks. Thanks for all posts and viewings. Just a little bit parts by parts installed the trail truck. I added the brake cylinders and wiring. 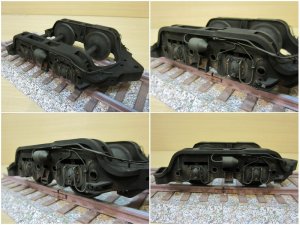 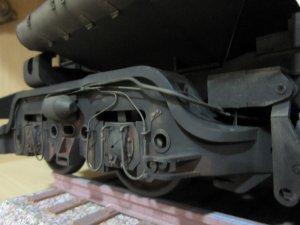 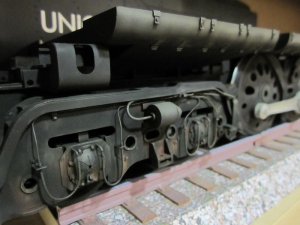 I to have just gone through this build thread.
I;m a pretty good model builder, but I am awe struck by this locomotive build.
K

Hello Kooklik, congratulations on your awesome work! I am not much into trains, but when this model becomes available, I think I need to build it Nothing but respect for your designing and modelling skills, and your eye for detail. I'll keep following this thread, and build other stuff in the meantime to hone my skills so I can build the Big Boy one day
H

In an exclusive interview with Trains NewsWire, John Mastrobuoni from Prescott, Ariz., said the Southern California Chapter of the Railway & Locomotive Historical Society is eager to find out if the railroad can meet its requirement that a replacement piece take the place of the Big Boy at the Los Angeles County Fairgrounds in Pomona. The engine is one of eight survivors of the 25 that Alco built in 1941 for freight service between Cheyenne, Wyo., and Ogden, Utah.


Mastrobuoni said he participated by phone in a meeting Tuesday in which Ed Dickens, who manages UP’s fleet of historic operating steam and diesel equipment, appeared at a chapter meeting in California to pitch the idea. He said Dickens on Saturday is expected to provide more details about what UP would offer and called discussions “preliminary.”

“If we can come to an agreement with the railroad, an operating Big Boy is better than one on display,” Mastrobuoni said. “We’d lose the engine for display, but we’d be known everywhere as the group that helped make one run again.”

He added that rebuilding the No. 4014 would take several years with the aim of operating for the 150th celebration of the completion of the first transcontinental railroad in 2019. The coal-burning engine would be converted to oil firing.

The railroad has not publicly announced plans to expand its operating steam locomotive fleet, which includes the never retired 4-8-4 No. 844, which made an extensive systemwide tour this year for the company’s 150th anniversary of its founding, and 4-6-6-4 No. 3985, which is undergoing a major overhaul. Trains has contacted UP, but has not received a reply at this time.

Contrary to internet reports that UP has vetted the other seven Big Boys, representatives of the National Railroad Museum in Green Bay, Wis., the Forney Museum of Transportation in Denver, and the Steamtown National Park Service site in Scranton, Pa., said Friday that none have been contacted. On its face, the engine in southern California, with its dry climate, would be among the best condition.
O

That will be something to see & hear, if is done.
S

=
How goes the BIGBOY?sign1
J

Just been going through the old and new thread and am amazed at what i have seen. I absolutely cant wait to see more.
C

Any idea how much this kit will go for? My son loves trains, and I would love to build this for him.
J

kooklik, Hello, again ! Approaching 3 years since your last post here. If you have abandoned this project, I hope it is not for unfortunate reasons. Miss seeing your elegant and meticulous work. Hope all is well with you and yours.