Spatial image in a box

I add here sometimes spatial image in a box, the first was the sunken titanic here:

Sunken Titanic Spatial image in a box Scale : ? Author : Premysl Kubela, ABC winter special 87 This is just a little thing that is related to Titanic and Nautile...

Čachtice Castle is a castle ruin in Slovakia next to the village of Čachtice. It stands on a hill featuring rare plants, and has been declared a national nature reserve for this reason. The castle was a residence and later the prison of the Countess Elizabeth Báthory.
Čachtice was built in the mid-13th century by Kazimir from the Hont-Pázmány gens as a sentry on the road to Moravia. Later, it belonged to Matthew Csák, the Stibor family, and then to Elizabeth Báthory. Čachtice, its surrounding lands and villages, was a wedding gift from the Nádasdy family upon Elizabeth's marriage to Ferenc Nádasdy in 1575.
Originally, Čachtice was a Romanesque castle with an interesting horseshoe shaped residence tower. It was turned into a Gothic castle later and its size was increased in the 15th and 16th centuries. A Renaissance renovation followed in the 17th century. In 1708 the castle was captured by the rebels of Francis II Rákóczi. It was neglected and burned down in 1799. It was left to decay until it was turned into a tourist attraction in 2014. 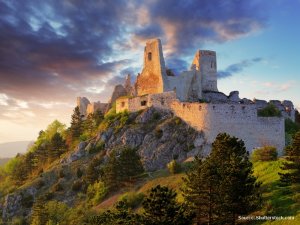 Quite nicely painted with about watercolor, it fits exactly into the 15x10 cm photo frame, a few photos: 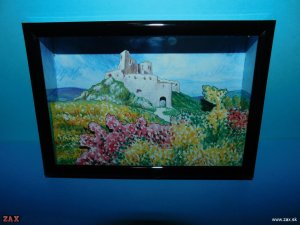 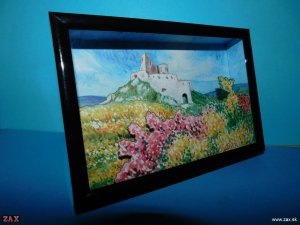 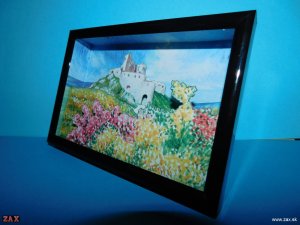 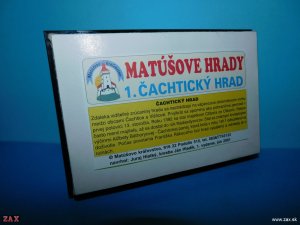 The national cultural monument Trenčín Castle is part of the Trenčín Museum. Its history dates back to 10-11. The first written mention dates back to 1113. It was part of the line of border fortifications of the Hungarian state, guarding important fords on the river Váh and the Carpathian passes, through which passed trade routes connecting the area of northern Hungary and Central Slovak mining towns with Bohemia, Moravia , Silesia and Poland. In the following centuries, it became the seat of the border committee, the royal and later aristocratic county. His most important period is the reign of Matúš Čák. In 1780 the castle burned down and as a ruin it was the dominant feature of Trenčín until the middle of the 20th century, when the reconstruction began. 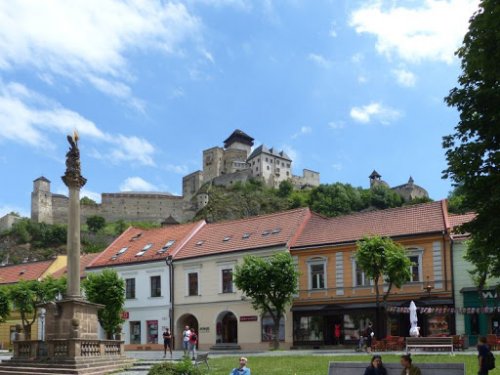 Quite nicely painted, it fits exactly into the 15x10 cm photo frame, a few photos: 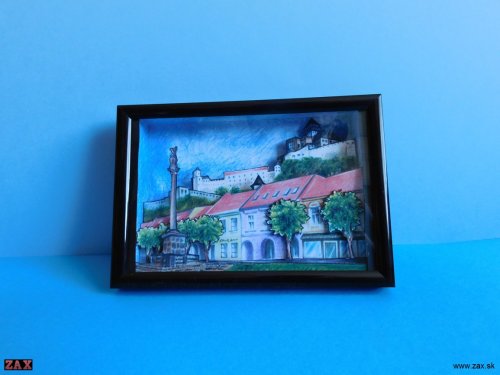 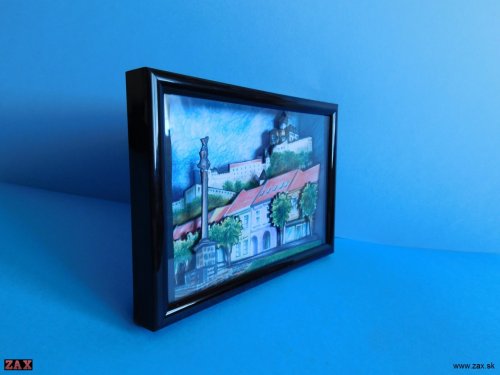 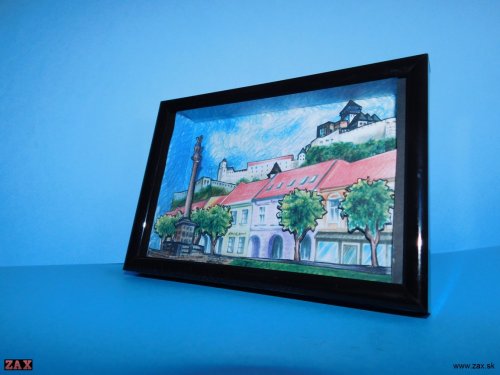 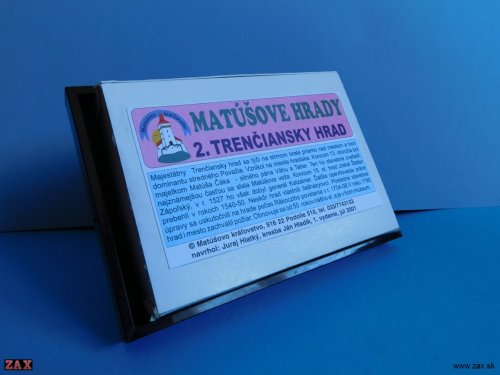