I decided to try building some 1:18 planes, to go with the 21st century and BBI planes I have. I thought a MiG-21 would be an easy first try (it's just a tube and two deltas, right?). I figured that at 1:18 I would need to beef up a paper model. So, I have scaled up a GPM MiG-21 too, well, 1:18 and scaled up some Jetex plans to serve as the stringers and frames. To go with the plastic planes, I figured that I would build it with working landing gear, flaps, ailerons, rudder and elevators. Just to make it easier for me, I wanted the flaps, ailerons, and elevators to work semi-accurately. To make the landing gear and flight controls I added plastics, aluminum and RC wheels to the paper, balsa mix. It isn't finished, but I did add another skin section to the plane after the last pictures were taken. If this works out, then watch out, I'll be a plane making fool!

I am also building a purely paper GPM up scale for comparison. I'll add those pictures to a separate thread later. 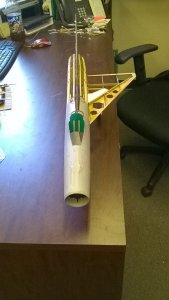 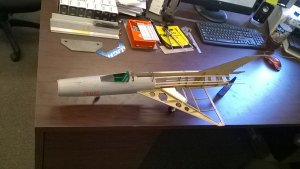 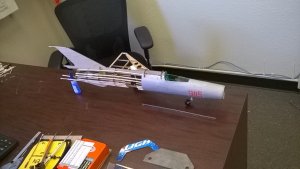 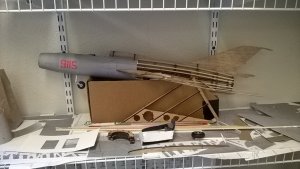 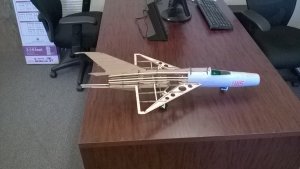 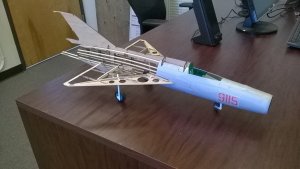 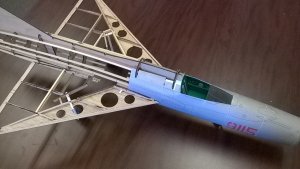 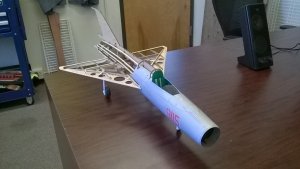 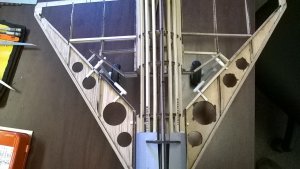 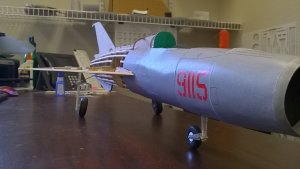 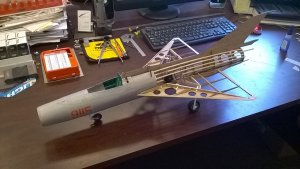 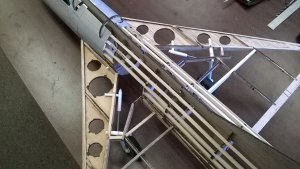 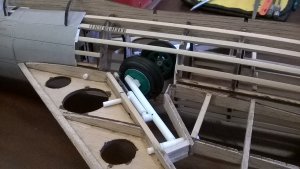 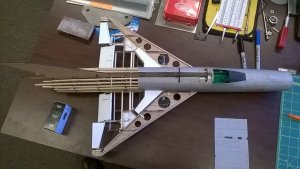 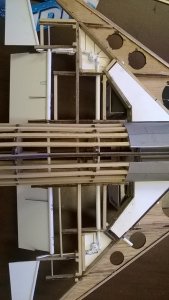 Dude, that is super, and at 1/18 scale, I LOVE big models! She a beauty for sure! You going to go the R/C route with this? Either way, it is an awesome Jet!

WOW! It looks like a real plane. Will it fly in the end?

While the Jetex plans are for a flying model, this is not being built to fly. I have tried RC, and it ends badly. My wallet is not large enough, right now, for me to learn.

Lovely build so far. Paper over Balsa, with other bits thrown in ya gotta love that... as far as RC planes go... you sound like me... can't afford to try them anymore.
Reactions: Cybergrinder and ASC Mclaren

Thank you for all the positive comments! Today I added the next skin panel and attached the rudder hinge. Next up the elevators. 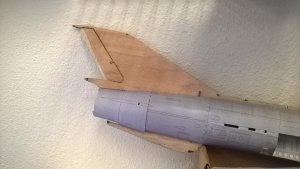 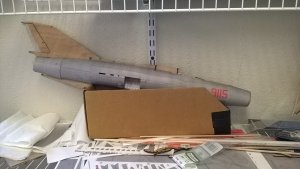 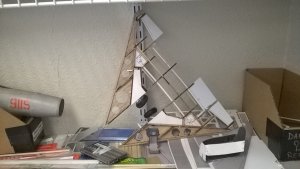 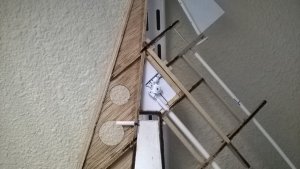 The trick to R/C/ planes is to buy the cheap ones, and scavenge the controls. You can make some incredible beasts for $50 bucks, if you catch them on sale. I've got around 3 copters right now.
Last edited: May 11, 2015

zathros said:
The trick to R/C/ planes is to buy the cheap ones, and scavenge the controls. You can make some incredible beasts for $50 bucks, if you catch them on sale
Click to expand...

YEP, indeed!!! I bought some R/C cars a few years ago to diassemble them... However, they are so cute that I am in doubt if I really should chop them up!

very nice going to be watching this one