Is “Buck Rogers” Finally Back? 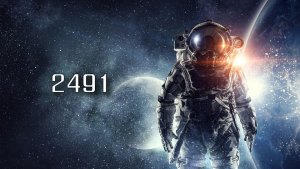 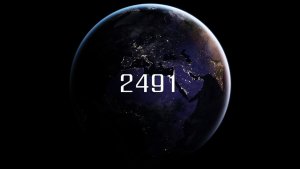 2491 PRESS RELEASE
Is “Buck Rogers” Finally Back?
It’s been almost forty years since Buck Rogers captured the hearts and minds of a generation obsessed with aliens, heroes and battles beyond the stars. But, due to legal issues that have dragged the Buck Rogers name through a trademark quagmire, it may be years (if ever) before we see an official reboot of the franchise.
But look out sci-fi fans, here comes 2491, a drama influenced by the classic sci-fi hero! The series will be executive produced by Salvatore Verini (Country Daze) and none other than the time-honored actor Gil Gerard, who played the iconic Captain William “Buck” Rogers in Buck Rogers in the 25th Century, with the project being developed by Verini’s production company, Jerico Pictures.
Gerard, who will also be a series regular, is very pleased with the direction the project is going. “The quality of the writing is amazing! I wish we had some of that when I was doing Buck back in the day”, said Gerard.
2491 draws parallels and influence from Gerard’s 1980’s character, Buck Rogers, in which he will share a similar dilemma. “2491 will follow an astronaut as he is catapulted into the future and returns to an Earth far different than the one he left behind”, said Verini who created and wrote the pilot. “But the protagonist will follow a direction more the way he (Gerard) was originally pushing for Buck to go back in the 80’s.”
For those who don’t recall, NBC’s Buck Rogers in the 25th Century debuted in 1979 but was cancelled after the second season due to a decline in ratings. “I hated the second season”, stated Gerard. “I always wanted Buck to stay on Earth, but we got a new executive producer for season two that had no respect for the audience and the show.”
What attracted Gerard to 2491 is the realistic tone of the project and how it will highlight the allegory of the human condition. “Influenced by one of my favorite shows while I was growing up, 2491 will tell the story of an individual who suddenly looses everything and is forced to endure the hardship of an unimaginable new reality”, stated Verini. “Good science fiction, such as Ronald D. Moore’s reboot of Battlestar Galactica, relies on well-developed characters you can identify with and feel emotion toward, which is why 2491 will not disappoint”.
Gil Gerard is repped by People Store and Salvatore Verini is repped by Brandon Blake of Blake & Wang.
Reactions: Sky Seeker, zathros, lyter1958 and 3 others

OHH, interesting! I hope this project will be made. I'm curious to see if they use or build up on any of the designs that have been shown in the various incarnations (serial, comic strip, 1979 un-used pre-production art and final TV show).
Reactions: Cybergrinder and Rhaven Blaack

It should be good, as long as they develop new material & not just "copy, tweak & paste" like we have seen in so many reboots. I'm not mentioning any names Mr. JJ Abrams....
Reactions: Rhaven Blaack

One thing is for sure: They can't take the classics from us.
Reactions: Rhaven Blaack and Cybergrinder

I am also curious about what the vehicles will look like. As well as the tech in general.
By the way, you do know that "Farscape" was essentially a remake of Buck Rogers. However, instead of the protagonist going into the "fututre", he went into a different universe (or galaxy).
Reactions: Cybergrinder

Um, Farscape only shared the "transport" concept, but it was quite a different concept, especially the finale. IMHO
Reactions: micahrogers

zathros said:
Um, Farscape only shared the "transport" concept, but it was quite a different concept, especially the finale. IMHO
Click to expand...

True, you are right int that the concept and finale were different between the two show. I was referring more to the concept similarity of "A Stranger in a Strange land (time and space)".
Reactions: micahrogers and zathros