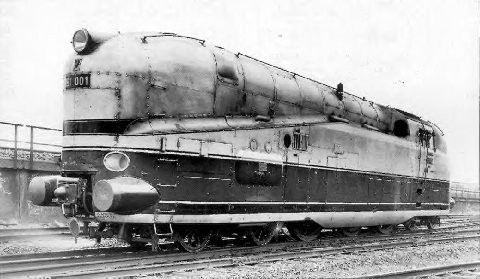 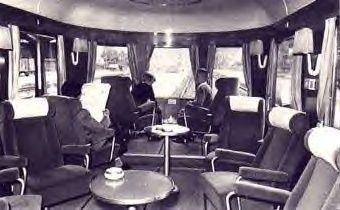 Panorama coach of the Henschel-Wegmann train​ 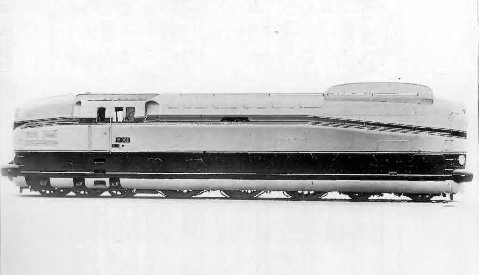 The Henschel-Wegmann Train was an attempt to build a railcar-like high-speed steam-powered train based on the similar record-holder Borsig 05-002.

It consisted of the 61-001 4-6-4 type locomotive and four carriages and ran the Dresden-Berlin route in the mid-thirties until stopped in 1940 by the fighting of World War II. Even though an even more efficient streamlined 61-002 had been built, the disruption of the war brought an end to all German high-speed passenger service and record attempts to an end by 1942. 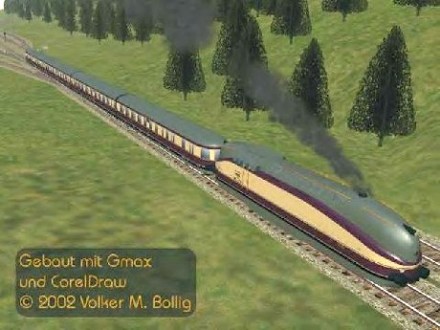 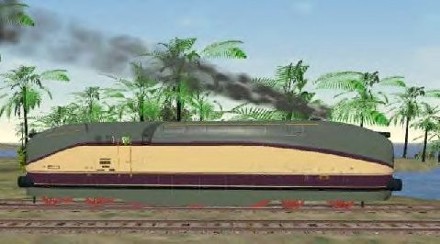 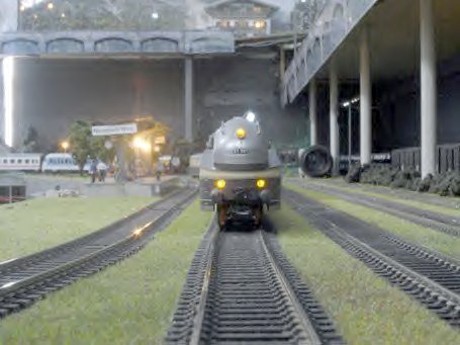 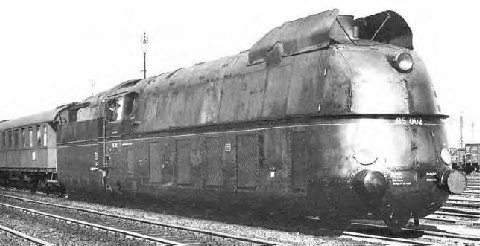 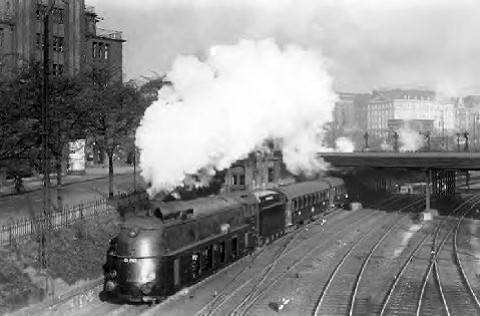 During the period of 1935-1936 the 05-002 made an impressive number of fast runs, earning it the title of “The World’s Fastest Steam Train”. Authentic records of so many fast runs exist for no other steam locomotive anywhere. Nine times over 110 mph, five times over 115 mph and twice over 120 mph! And many runs at over 100 mph.

Despite it's record achievements, it was scrapped due to the war - sister locomotive 05-001 being retained for the GermanRailwayMuseum at Nürnberg.
N

Interesting indeed, MM. Did your source identify the model shown?...and what led your curiosity off in such direction? I had no idea such locos existed. Bob C.

It doesn't even look like a steamer. Very cool!
T

Personally, I always thought 61 002 looks better as what it became: http://www.skyrocket.de/locomotive/img/dr_18_201_c.jpg
M

chooch.42 said:
Interesting indeed, MM. Did your source identify the model shown?...and what led your curiosity off in such direction? I had no idea such locos existed. Bob C.
Click to expand...

The model is not specifically identified. As far as I can tell, it is a model of the actual high-speed prototype that went into actual service on the Berlin route in the '30's.

I often follow links just to see just where they eventually lead me, since I have a very wide range of interests. Every so often, something like this turns up. I reached this site while following links to sites dedicated to the unusual military and civilian inventions and experimental prototypes produced by Germany from the 30's until 1945.

If you would like the site address, let me know and I will post it, although much of the material will probably not be of any interest to model railroaders.
D

Does it sort of remind you of a beached whale? stooges8
N