G'day, I seem to have shrunk!

I seem to be on this trend of rebuilding models that I built ages ago, and now it's Striker Eureka from the original Pacific Rim.

To save space, ink and paper I've scaled down the model by 50%. Starting with the face. 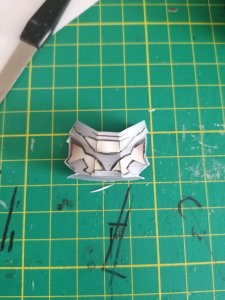 Did I mention that the greebling potential on this model is massive and I plan to exploit it?

Is this what it means when your head goes to pieces? 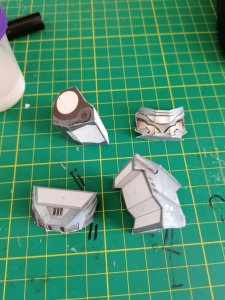 And now the head assembled. You could say it's a good head start 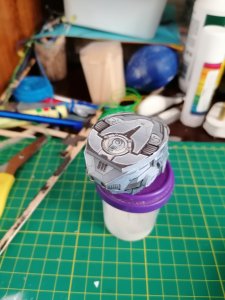 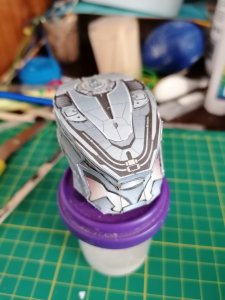 Or am I getting ahead of myself. I guess I'd better head off....
Reactions: micahrogers, spaceagent-9, zathros and 4 others

Interesting manufacturing facility you have there!
Reactions: Cybergrinder

This is a great start! 50 % you say? Heads off! :Grin: thumbsup
Reactions: mijob and Awry_Chaos

And now have really put my foot in it. 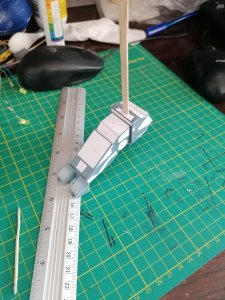 The stick is to support the leg, since the last edition was bowing forward in respect (since the ankles were weak and didn't provide enough support)

This was the actual design plan. I only started with the head so I could get the puns in

The template is very "boxy" so you can't just cut into a foot for supports so I'm cutting holes as I go.
Reactions: Revell-Fan, thegreek270, mijob and 1 other person

Cybergrinder said:
This was the actual design plan. I only started with the head so I could get the puns in
Click to expand...

Obviously the plan worked out flawlessly. To be honest, I thougt that was the case. I mean, nobody starts a build with the head, yaknow..! :Grin:

The stick is something I reaslised after seeing what happen to my first striker, and started with Vader and Darth Maul

OK, so my apologies for not updating this thread, I just got carried away with the build,

And Striker is complete! For comparison's sake I thought it would be fun to dig up the photo from the previous build, December 2014 to be exact... 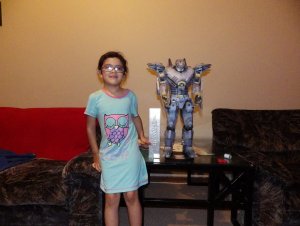 And now the new, half scale version of Striker (with daughter 7 years older and son (who was only 2 in 2014) added ) 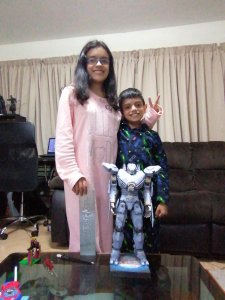 Wow, that's a great model (and two lovely kids! ) ! What do they say when they see their dad cutting out small paper bits an turning them into a mecha robot? Are they trying to mae models themselves, too?

You have a beautiful family. I had no idea you were so rich!! I like the "Pacific RIm" movies. I like the modern take on the old monster movies. Great to see this model, I had no idea they existed. Could you post some links?
Reactions: Cybergrinder

Here we go with the beauty shots! @Revell-Fan my son has started building a easy Enterprise A, but he keeps losing focus My daughter is more interested in art. That said, my step-daughter (to be ) built Olaf from Frozen 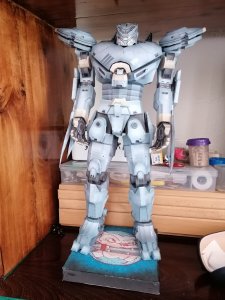 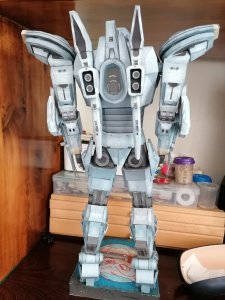 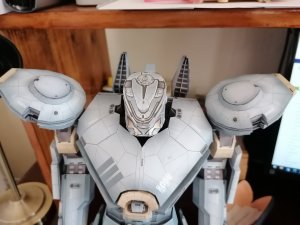 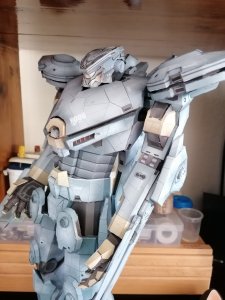