GALACTICA 6551: A fan-made virtual 2nd season of BSG by Revell-Fan

I'd like to introduce you to a fan project I started almost 20 years ago: A virtual season 2 of the classic "Battlestar Galactica" TV show.

As you might already know, I have been a huge BSG and Buck Rogers fan since the early 1980 when both shows premiered on Dutch TV for the very first time. The German premiere was in 1990 (!) and it took almost one decade for it to return in syndication. I instantly recorded all episodes on VHS cassette, replacing the old audio cassette recordings I took from the TV set's loud speakers. It would take another 5 years for the English DVD box set to be released.

When I saw the last scene of the end of season 1 ("The Hand of God") I almost shed tears because I knew it was the final episode and, no matter what would come afterwards, the show would never be the same again. Despite all the cheesiness and the campiness the show touched a chord inside me and I did not want it to go again. Written merchandise was scarce at that time, there were only the old books by Glen Larson and Richard Hatch and the Marvel comic books. I was unable to obtain any of them because the world was not as connected as it is today. So I sat down and decided to write my own adventures based on the classic show.

Recently I have re-discovered the stories in a big box and thought, hey, they still are good reads, so why not show them to a larger audience. Since I don't have any rights to Galactica I won't be able to sell them to anyone, but I can give them to you here to enjoy them for free.

I called this virtual second season "Galactica 6551" (more on the title later-on). I was hugely inspired by "Babylon 5" and its way of story telling. It had left a huge impression on me and showed how one single man was able to create something extraordinary: Michael J. Straczinsky wrote all but one episodes himself and directed the only show he did not write. He showed me how to develop a story arc, strong character moments and create tension building up from week to week. I don't claim to be another MJS, however, he inspired me to create a huge story arc for my version of Galactica and to experiment with characters and conventions.

Additional influences came from "Star Trek: TNG" and "DS9", "Space: Above and Beyond" and "The Outer Limits".

Since I love drawing I decided to use the stories I wrote to be turned into comic books later. A plan that was given up because of a massive lack of time. However, I was able to produce some pages which I will showcase here exclusively at Zealot to you.

Storywise I tried lots of different things with Galactica. I relied on the strengths of the original show and tried to make them even stronger. The whole adventure picks up after season 1 ended. The Galactica has destroyed a Basestar, Sheba and Apollo are getting closer, Baltar was marooned. Since I especially like the Eastern Alliance and Lloyd Bochner's portayal of Kommandant Leiter, I gave him a lot more screentime here as well. I know, it does not correspond that well with the established continuity, but, well, I loved Lloyd Bochner as a villain so much that he had to come back. I mixed the genres wildly, so you will not only get a big space opera but also a Galactica version of "Back to the Future" (extremely fun! ), a horror episode with sexy space vampires

and even a Galactica fairy tale set on a medieval planet. Watch out for Lance Henrikson to appear as a guest star. Chameleon comes back, too, and the Cylons are more relentless and merciless than ever before. Living crystals, ancient aliens (!) and fantastic events expand the Galactican mythology vastly and flesh out their culture. I really hope you enjoy what I had been cooking.

Surprisingly some of the story elements appeared on the New Galactica TV show that premiered in 2003: The more realistic depiction of the space travel, Newtonian physics in space, flawed human nature (even shown in the main characters), roller coaster like tension and even graphic violence (especially when the Cylons put their swords to good use). Don't worry, I'd say that all stories are PG13 (except for the vampire episode; I'll have to see what I will do with it when the time has come).

I wrote the stories in German and have to translate them into English before I can present them. Some of them are in a really poor state and look more like wild sketch books which require me filling the gaps and revising them accordingly.

This thread is supposed to discuss the project as a whole and will contain any news on it. The stories themselves will receive their own threads respectively as soon as they are published.

Please remember, these stories are my personal interpretation of the subject "Galactica". They are in no ways canon. If you don't like a story, just skip it and proceed to the next. If you like a story, add it to yor personal Galactica fan fiction archive. CU!
Last edited: Jul 19, 2017
Reactions: lyter1958, bgt01, zathros and 2 others

This is the episode guide to Galactica 6551. The numbering starts with "25" since season 1 had 24 episodes. As soon as an episode thread has been created this post will be updated and receive a link to the episode in question for easy navigation. 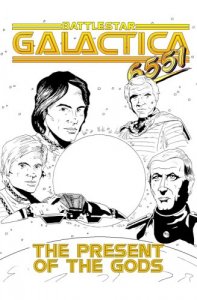 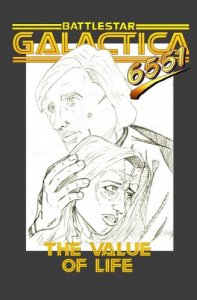 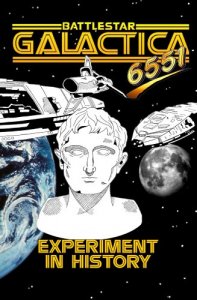 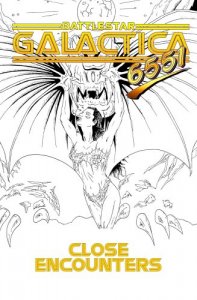 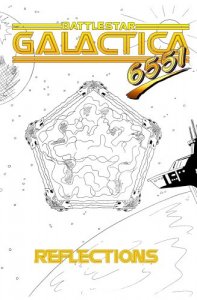 40. The Voice of the Serpent
(working title: "Pact with the Devil")

47. Exodus I: History In Danger 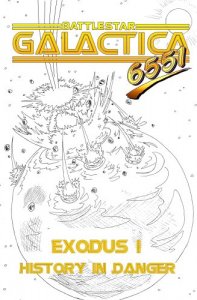 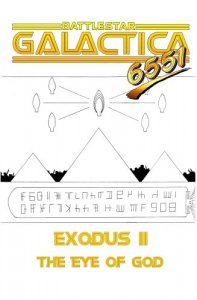 To give you an idea of the state of the scripts I'm giving you some sample pages.

And this is a small preview of how they will look after the revision (still in German, soon in English ).

Ohhh, I am looking forward to this! I hope you make the German version available to us too. Ich möchte besser Deutsch sprechen.
Reactions: Revell-Fan

UPDATE: The first pieces of the first episode are available!
Last edited: Jul 20, 2017

ASC Mclaren said:
Ohhh, I am looking forward to this! I hope you make the German version available to us too. Ich möchte besser Deutsch sprechen.
Click to expand...

UGH, what the heck - I will post it as *.pdf!
Reactions: ASC Mclaren

I am glad to see that you are doing this. I think that you will receive GREAT reviews.
I too am looking forward to reading them!
Reactions: Revell-Fan
L

Can't wait to read these. I've been reading a lot of action figure comics lately. You might want to think about making an issue yourself of your stories. With all of the paper models available for Battlestar Galactica you could make or buy a few action figures, create sets (I make those for action figures) pose and photograph the figures in the set, digitally lay out your comics and add the text, word balloons and effects. I've thought about creating comics for several comic book characters I've designed over the years. Some of the comics actually look like 3D books. Heres a link to some of "Bill's Comics". http://www.actionfigurepics.com/tag/bills-comics
Reactions: Revell-Fan

Yep, I thought about that and had an even better idea: I would write a couple of new episodes which incorporate new designs - and would release paper models of these new designs. This new series is called "Perseus" (working title) and shows the events of the first season of the classic BSG from a different perspective. So far I have created an outline of the whole story and will flesh it out when time allows. One of the first new designs will be the Aurora, Andy Probert's concept Viper bomber plane. The model is almost finished, and in the new show you will (finally) see her in action. Key elements are a new type of battleship (no battlestar), remote-controlled Vipers and a special crew (I won't tell you anything about that right now in order not to spoil anything ). It's gonna be fun, has great action and a real straight forward story. The only problem is the main cast; I still do not know how many people I need for the ride. Ah well, I'll figure it out one day!
Reactions: lyter1958, ASC Mclaren and Lee Clifton
L

Sounds like a great idea. I wonder if we could find enough stills of the show to create some paper model sets like the bridge, pilots lounge, viper hanger, medbay, and maybe Adama's quarters? I just found the files online to make Bruce Wayne's library and the Batcave from the 1960s show.
http://www.aftdownloads.co.uk/Batman/Batman.htm
Reactions: Revell-Fan

Awesome!!! Your English is better than many that claim English as their first language on many forums I read!!
Reactions: ASC Mclaren

English from Yoda I have learned.
Reactions: ASC Mclaren and bigpetr

Revell-Fan said:
English from Yoda I have learned.
Click to expand...

Revell-Fan said:
@cylongirl (Jenny) has built a wonderful model of the Galactica bridge. So that's possible indeed.
Click to expand...

I would like to see that turned into a kit that would be available here in the RESOURCE SECTION (to (kind of) go along with @Ron Caudillo TOS Enterprise Bridge).
Reactions: Lee Clifton

I am having some issues with "Target: Earth"; the story consists merely of ideas but there is no real flow in it. I have a (good) beginning, several important scenes in the middle and the climax and the end (funny), but that's it. The whole thing deals with several Galactica crewmen under cover to expose a presidential candidate who collaborates with the Cylons. It should have some "Mission: Impossible" moments; I'll have to make a treatment to see what works best. Working on "Close Encounters" now.
You must log in or register to reply here.
Share:
Facebook Twitter Reddit Pinterest Tumblr WhatsApp Email Link
Top Bottom