I’ve been planning an airbrush booth with filter and Brown brought the last piece today, so I built the booth. It is made of a large plastic tub with a smaller one inset into the ‘bottom’ (which isn’t the bottom now). The small one holds the fan and filter. There’s an LED light on top. I took the bearing and base from a large wooden lazy susan and built a small plastic and cardboard turntable for it. The cardboard can be replaced when needed. 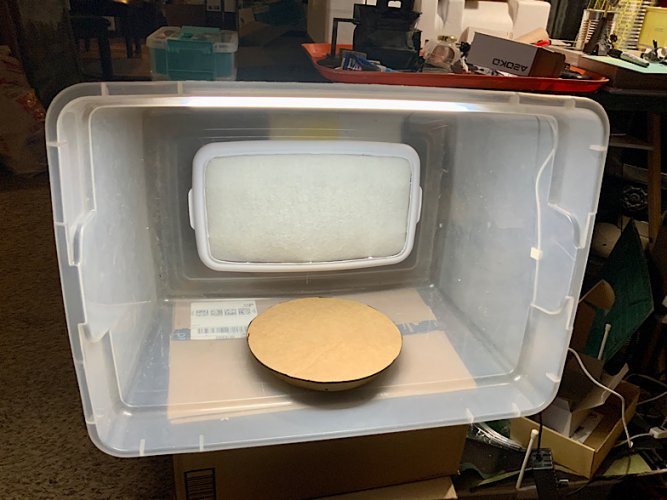 I can put my airbrush and other tools inside and put the lid on when not using the booth. 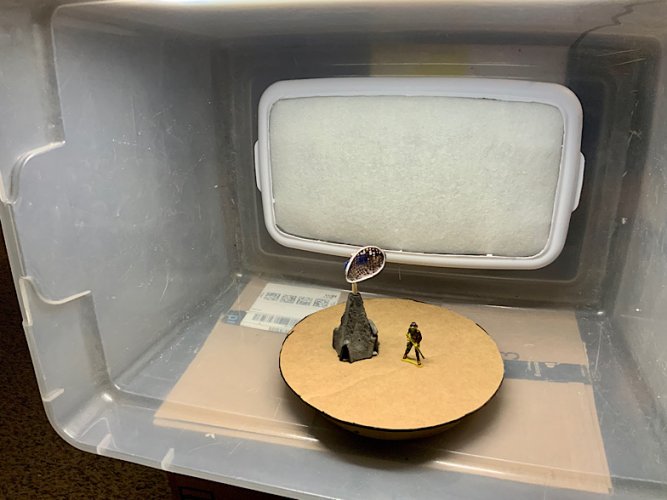 This shows the inset smaller tub. 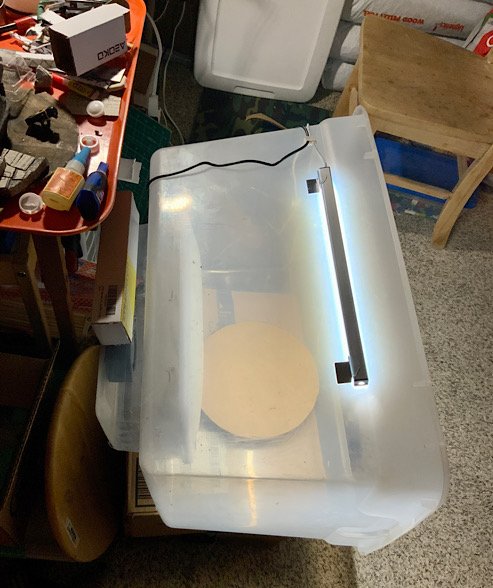 And the fan from the back. I used the box that the LED light came in to make a duct to shoot the air from the fan to the side. 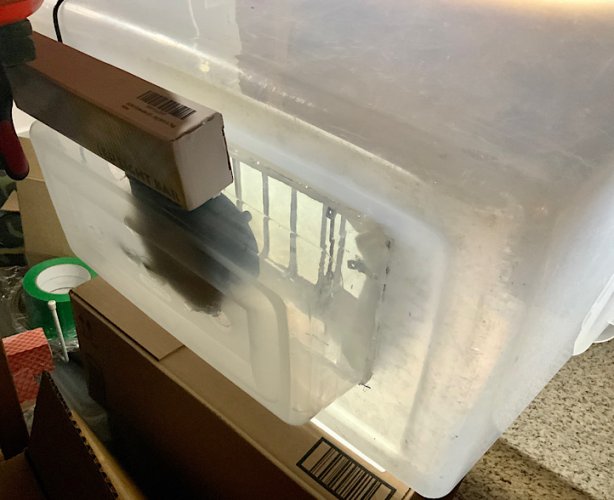 Very nice! I used an old cardboard box. I always had trouble with dust settling down on the freshly painted areas. I must find a fix for that.
Reactions: OldMiner, Awry_Chaos and micahrogers

Revell-Fan said:
Very nice! I used an old cardboard box. I always had trouble with dust settling down on the freshly painted areas. I must find a fix for that.
Click to expand...

The filter and fan are supposed to collect all the dust and pull it out of the box. I am going to try and build a cheap foam core air brush booth, but I want to make mine a down draft, like professional painters use, with the filter and fan below the painting area.
Reactions: OldMiner, Awry_Chaos, Revell-Fan and 1 other person

Thanks everyone.
Just a note on the construction. I attempted to cut the bottom of the big tub by drilling holes and using a snips. Nope, it wanted to crack. I got out the Harbor Freight ‘dremel’ (which I love by the way) and diamond wheel cutter thing. That wheel will cut ANYTHING. With the proper wheel speed (not too fast) and proper travel speed (just right) it cuts the plastic of the boxes perfectly. The ‘slag’ can be trimmed easily with a knife. I cut the smaller box that way and made the cutout from the lid of the smaller box into the grid that holds the filter material.
Reactions: micahrogers and mijob
You must log in or register to reply here.
Share:
Facebook Twitter Reddit Pinterest Tumblr WhatsApp Email Share Link
Top Bottom