Another (AT-AT) one won't bite the dust

I wanted for a long time to build and have some Star Wars stuff... Probably from '88, when my father brought me to see "Empire Strikes Back", and as a teen, I was amazed (being used to see, in the best case, a John Wayne western on communist television).
So here's my first SW attempt in card models... 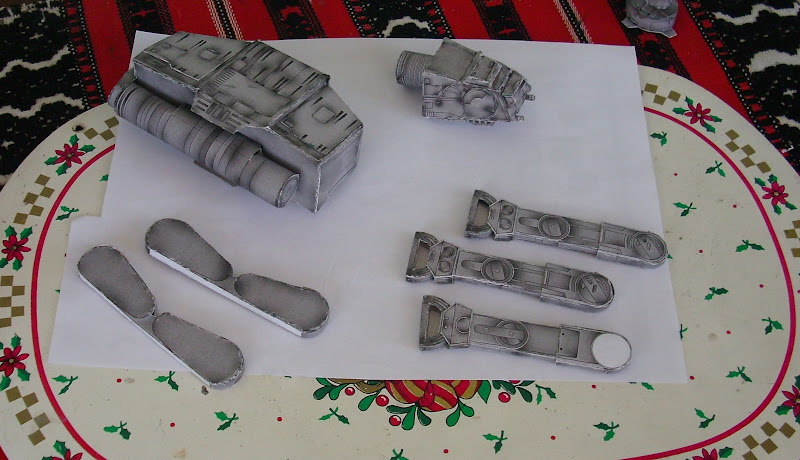 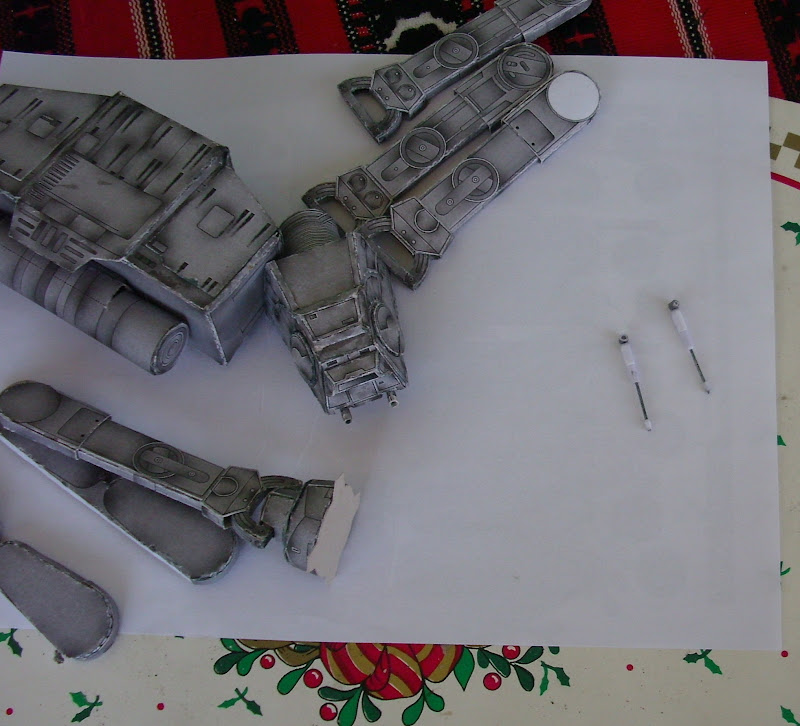 I decided to replace the original laser guns from the "ears" of the machine, with something more "3D" - some wire and paper. 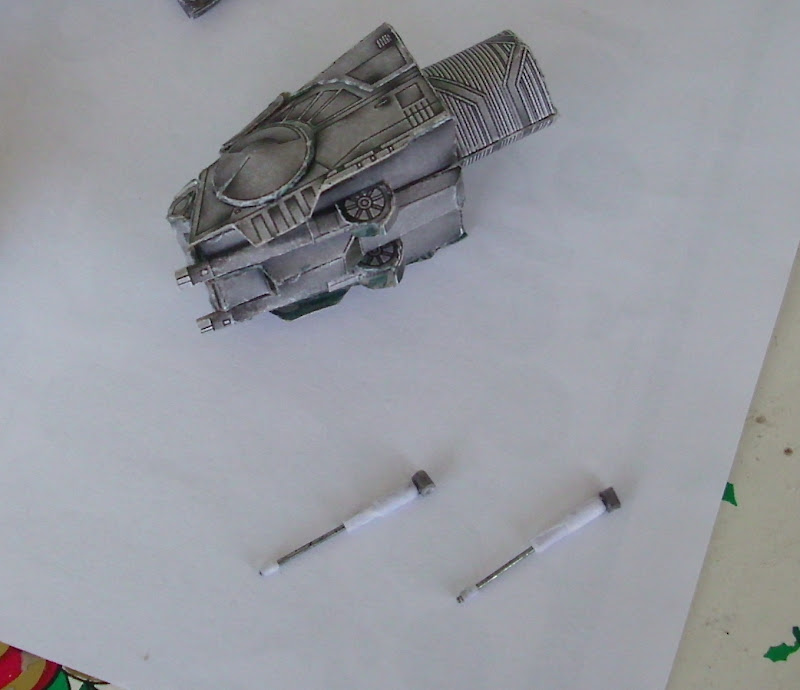 Finally, assembled all parts and let a free pass to my brush and paints... for some weathering, of course. It's a fight machine, not a cab for going to opera house, isn't it? 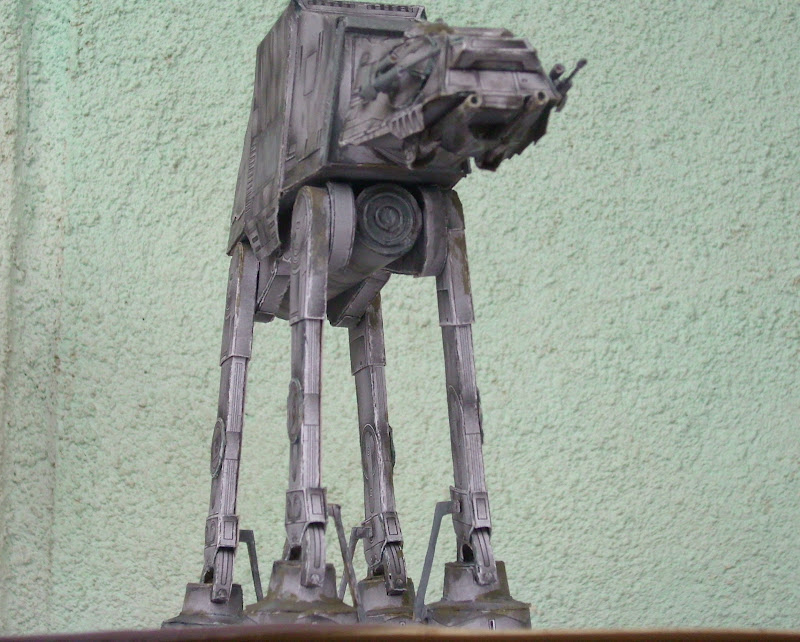 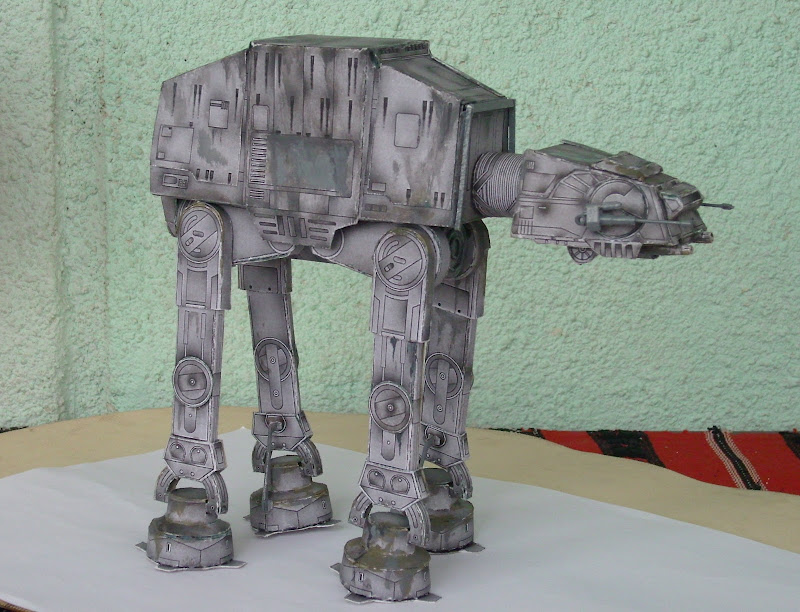 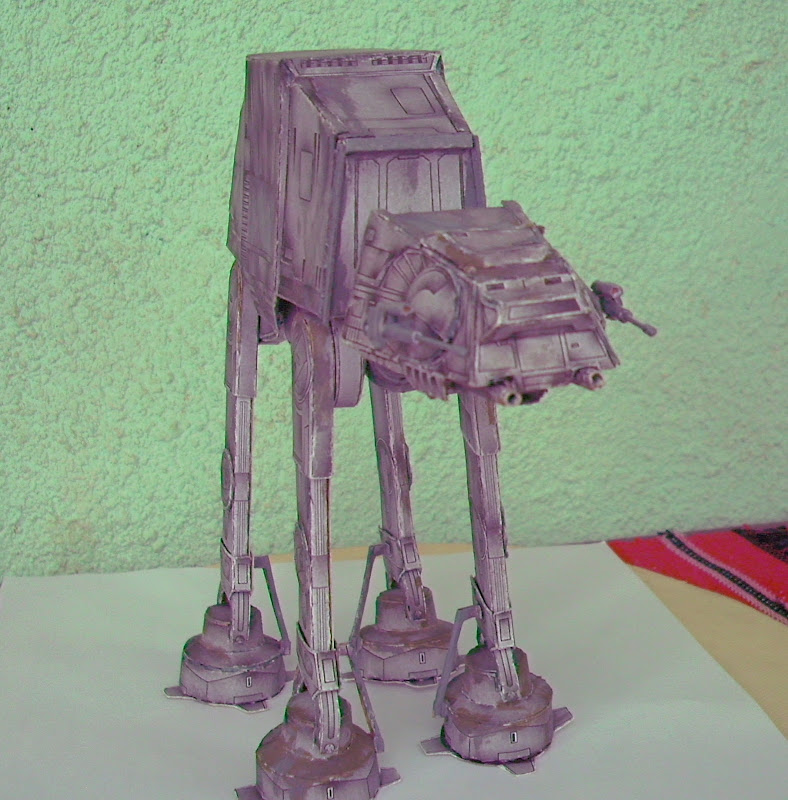 Ooops... sorry for the next image, ladies... 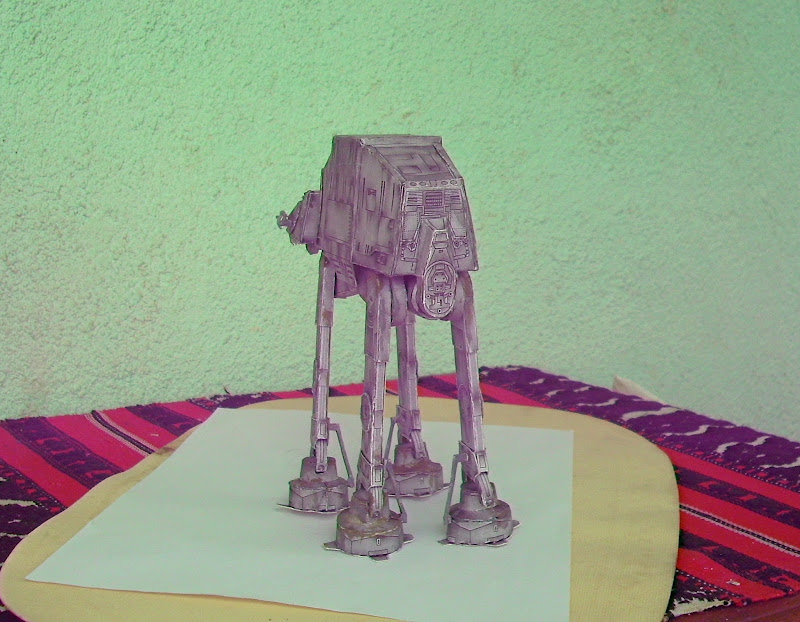 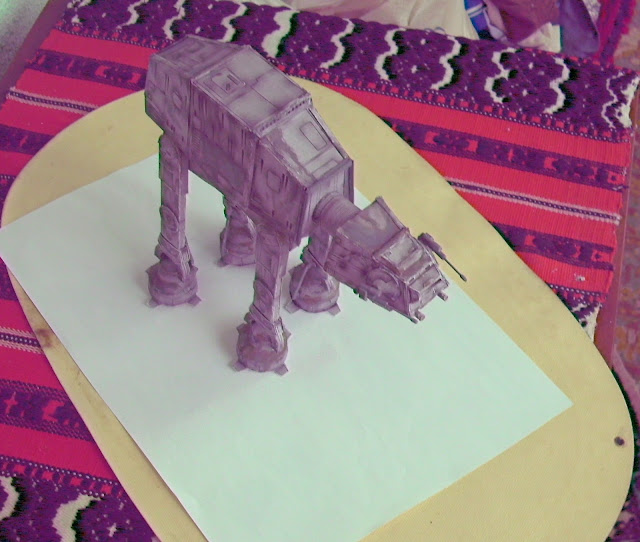 This is it, thanks for watching this.
Chris

he looks great...
love the guns and how he looks.
2 thumbs up for a dirty at-at

Thanks a lot!
I thought it for Hoth, but for this it seems I should change a little the dirt.... which is more likely for Endor
M

You did a GREAT job on this model. It looks FANTASTIC.

I have this model in my files. When I have the time to do so, I think I will make it and give it to a friend who is really into Star Wars.
K

This is gorgeous, especially the dirty detailing. How long would you estimate it took you, not counting breaks (for less important things like sleep, and food)?

Thank you for the kind words, guys.

@elpapersyco: I don't understand what you mean (and Google translate didn't help too much), but if you ask where I found this model, here it is: http://siriusreplicas.com/models/scifi/at-at/at-at.htm

@ Rhaven Blaack: At first, I thought to build it for a friend, too. But then I liked it much, beside this my friend is a rebel scum, so I'll build him another SW stuff.

@ Kirkhere: I couldn't say how long it took without breaks, but with such breaks included I've finished in about 4 days. With some extra details added, such as lasers from the "ears" of the machine (made out of steel-wire and paper) or the circles in the front of that cylinder on the beast's "belly" (also from steel wire). The nice thing is that you may add even other extra details, just identify their place by searching for a AT-AT "real" photo on the net.
S