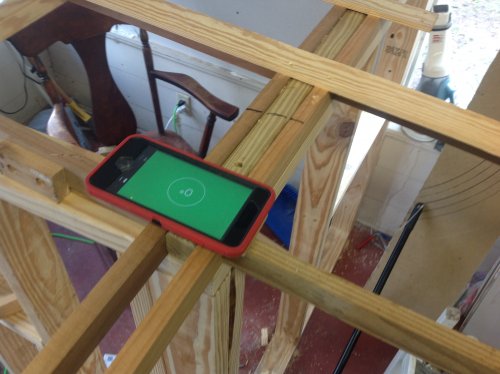 I hove the layout up there. I think I will make it removablre in case I want it to go under a Christmas tree, or go to a show. 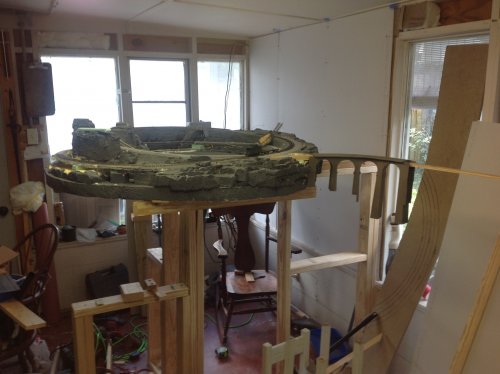 I'm doing a lot of cleaning and organing on the north end of the room, the south end is still pretty buried 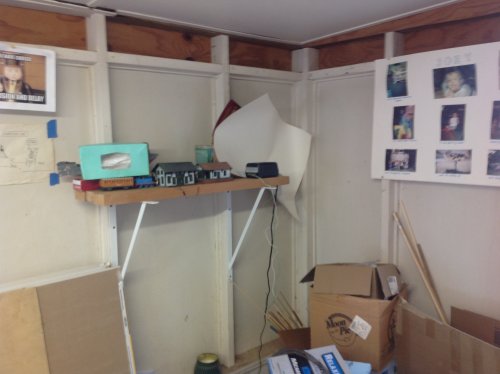 I have insulation and sheet rocking to do there as well as massive cleaning and organizing . Have the pegboards redone on the east wall , and am going to change the orientation of my father in law's old large screen TV, and my son in law's old desk. This wall is the original garage's exterior wall. All the other exterior walls are hardi-board painted to match the bungalow. 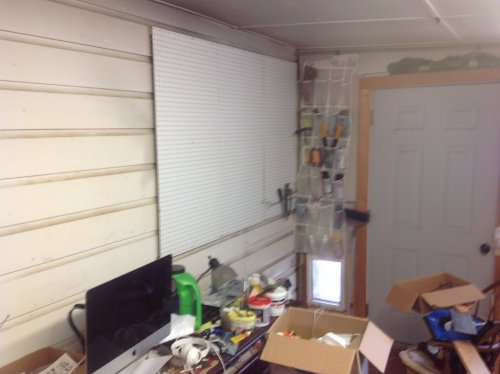 The viaduct us still close to level , and can be made so easily when the eastern side is supported. 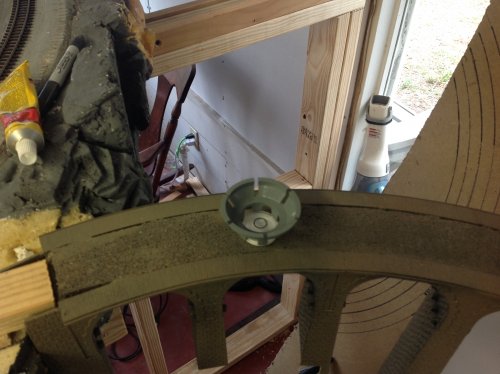 The view entering the workshop. This ancient I pad Doesn't have a flash . So the image is dark 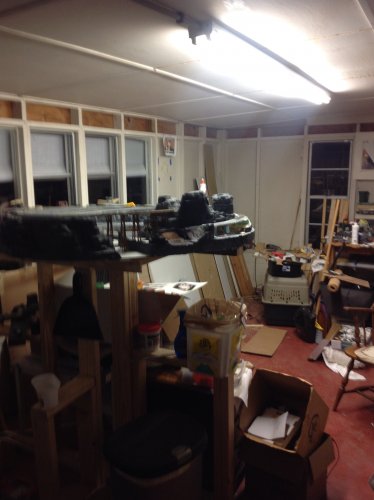 I'm starting some 2 foot deep shelving on the 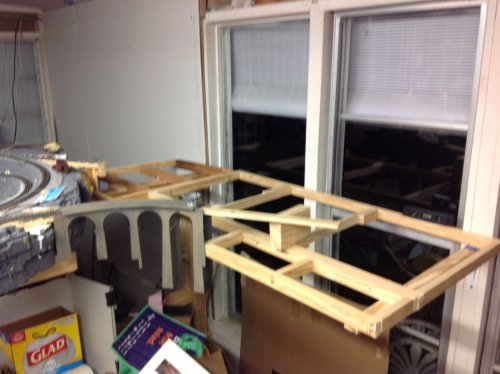 The benchwork is notched to allow a lower section for a gorge. 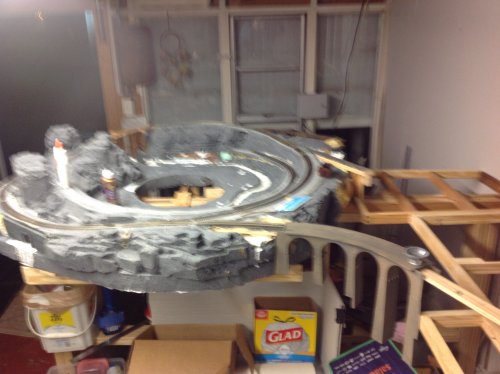 In the right corner . There will be a big mine. Not sure if it will be an iron mine or a coal mine.


Below is a cardboard framework for a plug for the Christmas tree stand holes's plug. The original circular layout will be remove able to take to shows, or put under the christmas tree.
The layout looking north 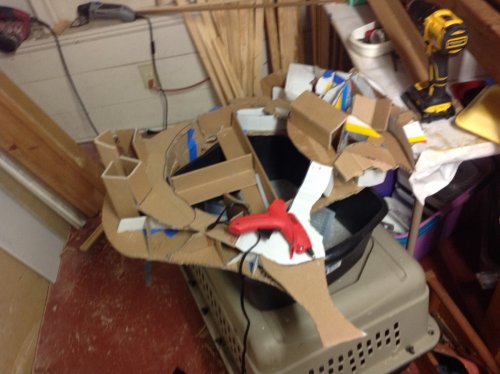 The view looking north , toward the Bungaow, and the street 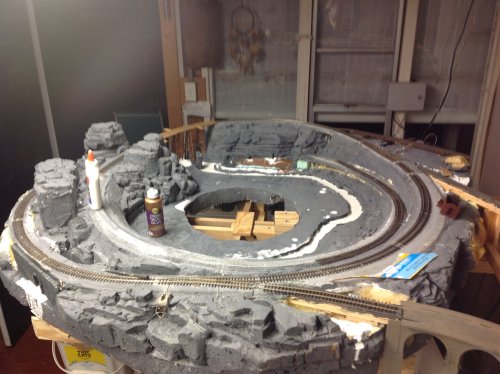 The view facing south, from the door. Both these last two photos were taken with the I pad held near the ceiling The uper track is just taller than my chin, and I an six feet two, there is room below for a lower deck

Usually , I want to have everything planned before I start work, but I haven't run trains in more than two years, and I want to get wheels rollomg asap. 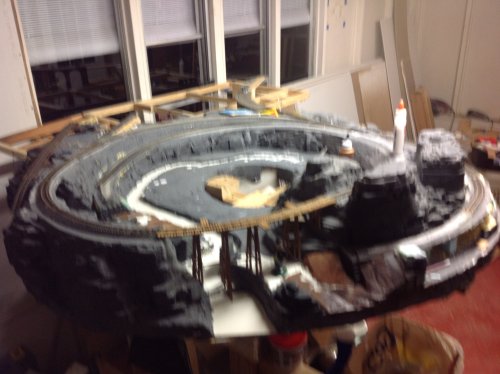