Hello all,
My next build is going to be this, HG Gundam for my grandsons birthday. I'll be giving him the unbuilt Gundam, and assisting him in building it. 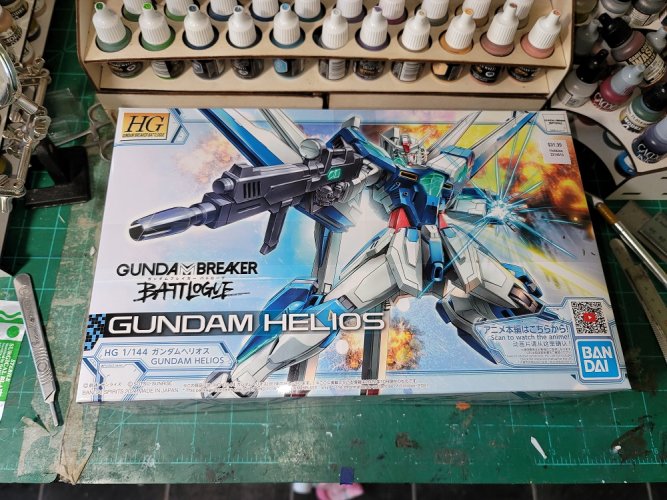 This is a big box for an HG Gundam, 4" thick, it contains 10 sprues, instruction sheet, and sticker sheet.
Reactions: Rhaven Blaack

My grandson came over yesterday, and worked on the Gundam a little, he got the chest cut out and partly assembled.
I finished assembling the parts he cut out, and detailed with the Gundam line marker. 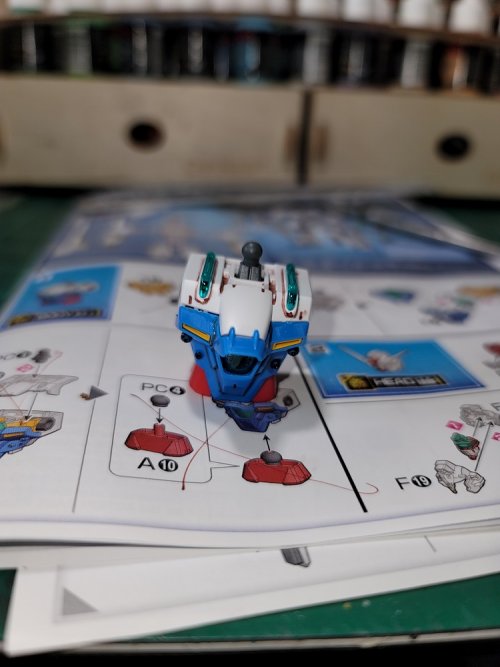 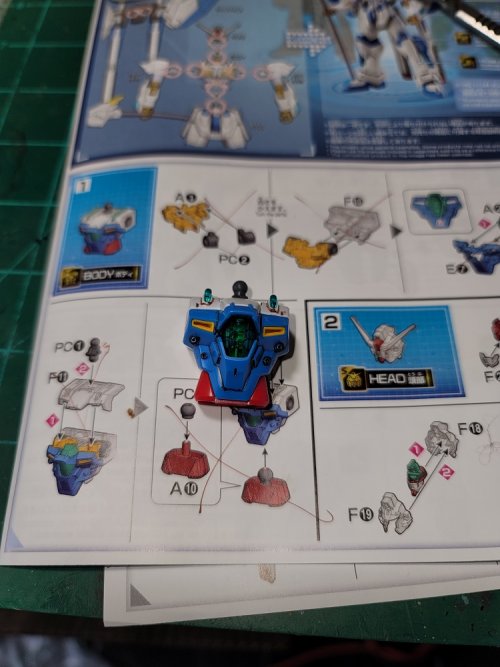 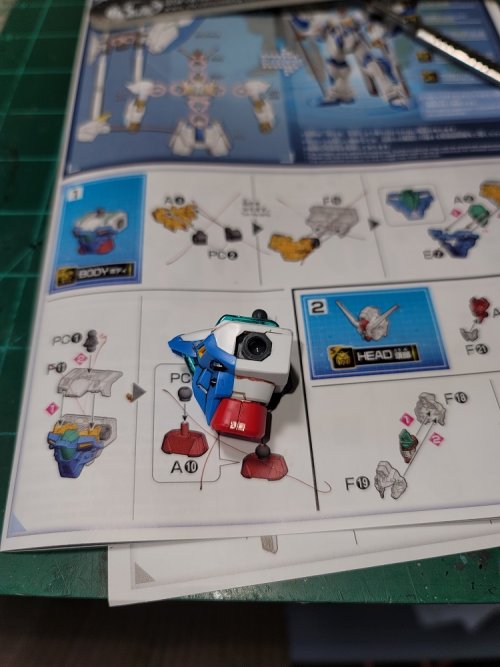 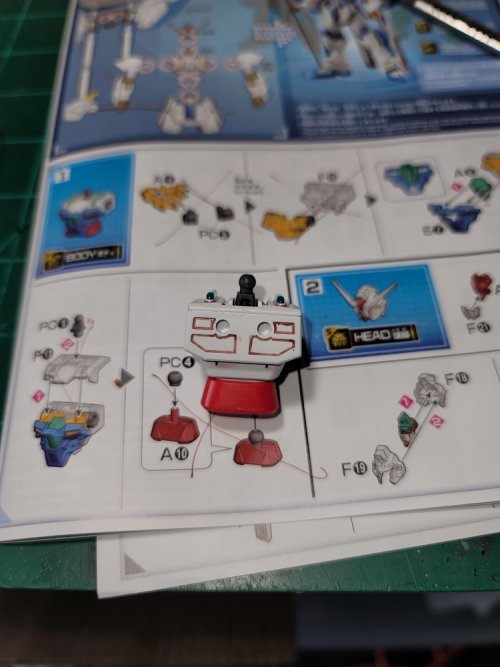 I'll wait till next time he comes over to work on this again.
Reactions: zathros and Rhaven Blaack

It looks like you are off to a good start!

Thank you. My grandson has ADHD and was out of his meds yesterday, so he was all over the place, I'm surprised he did that much.
Reactions: Rhaven Blaack

My grandson came by the other day, and he worked on his Gundam some while his mom went shopping.
My hobby space is a small desk in the kitchen now, but I make do. 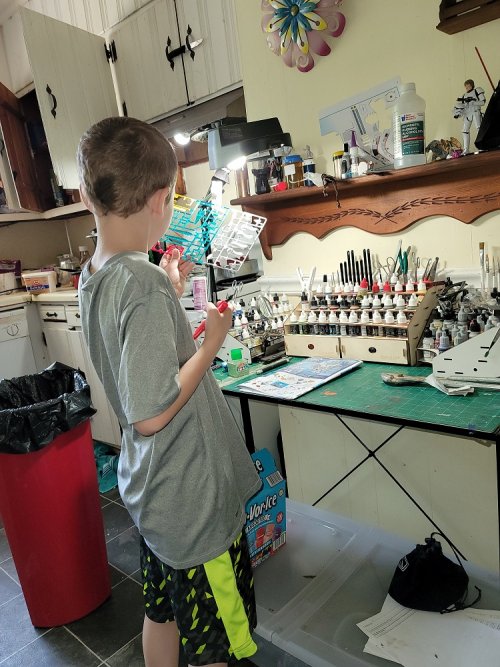 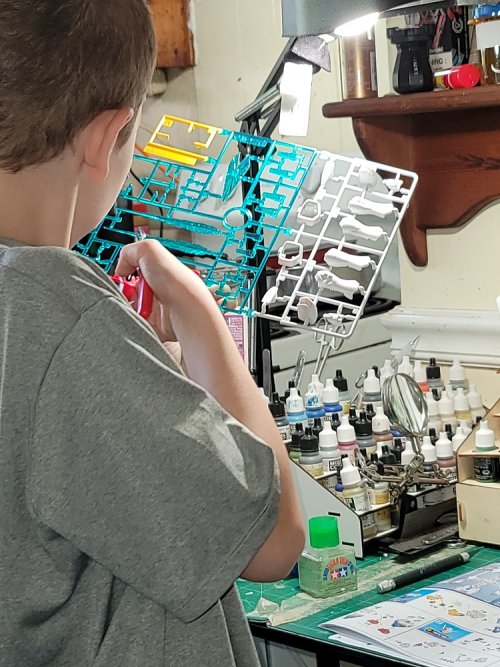 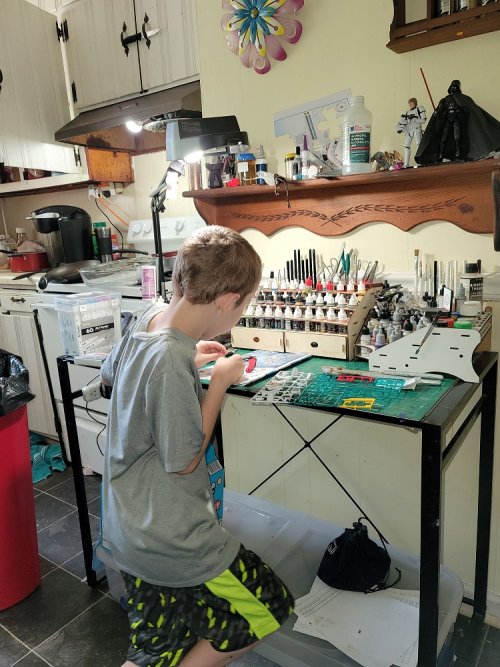 the first two pics, he didn't even realize I was taking pics.

Now my part is to detail the parts he has assembled.
Reactions: mijob, zathros and Rhaven Blaack

Your grandson will never ever forget this. I helped this kis that was a friend of my brother in law. The friend had a real deadbeat dad who took off, leaving this rather beautiful, intelligent woman alone to raise her child alone, no child support, nothing. Thank God she was able to work but she couldn't be a dad. One day I went over there, and the little boy, around 9 years old, wanted to show me his toys, I was fine with it. He had "KIT", the plastic model car from "Knight Rider", but it was completely unassembled. I knew I was going to be there an hour, so I asked his mom if she would mind me help him, she said go for it. Well, I showed him, step by step, letting him do the work, but lending a hand, to make it fun, and we built that model. Things changed a couple of weeks after that and I moved away. Flash forward 30 years, I'm at my brother in laws farm, and this man comes up to me, he looked like he could rip my arm off, big full beard, and says "JOHN!!!" it's me Willy"!!. I said "Mary's son?!, he replies "YEs".

He goes on to tell me how vividly he remembers me taking all tha time, in his mind it was hours, to help him build that modell, which lead him into model building, construction, and finally his own business. He laid that all to me reaching him how to build a model. He introduced me to his son, and said "this was the man I told you about". I felt so humbled. At the time I almost felt like I was intruding in his life. I wished I could have spent more time with him whn he was young. His Mom did a fine job raisng this guy. There's something about young boys at that age when they need another man, better be it their father or grandfather, to lay a foundation. It is truly the essence of life.
Reactions: micahrogers

So true John. And the sad part is, is all it takes is a little time. My stepsons dad was like that deadbeat, but he cared about his oldest, but wouldn't give the time of day to the youngest. I gave both of them all the time I had, and today, they both call me "Dad".
Reactions: zathros